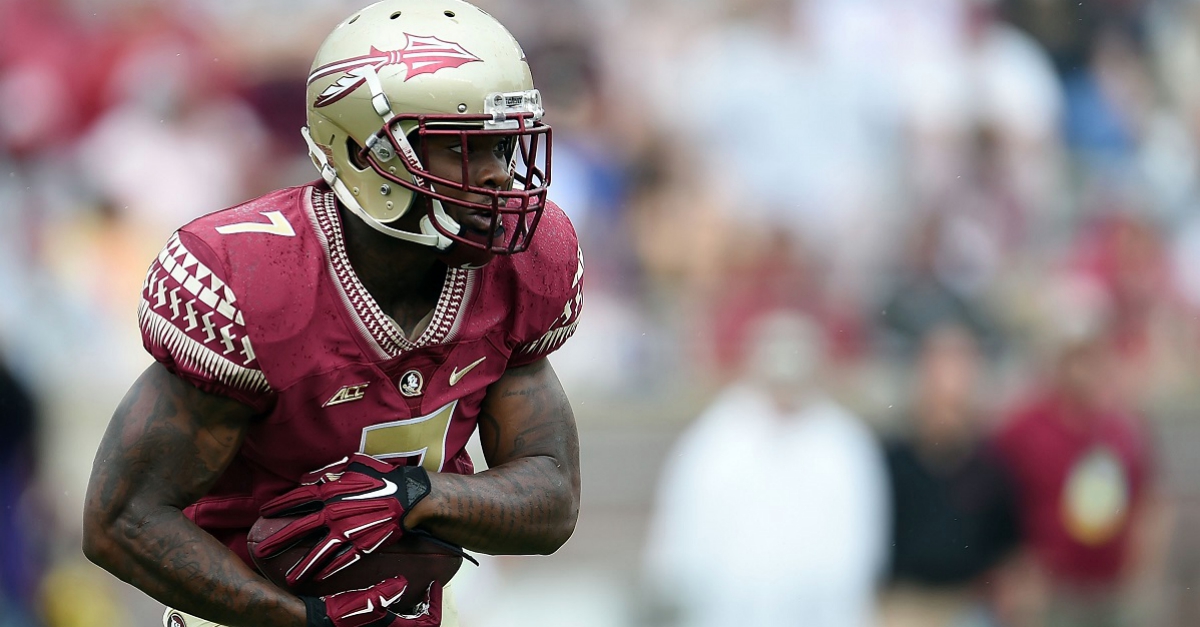 Florida State running back and fifth-year Mario Pender was arrested on Saturday and charged with domestic battery by strangulation and resisting arrest.

FSU RB Mario Pender was reportedly arrested today on charges of domestic battery by strangulation and resisting an officer without violence.

According to FSUNews.com, Pender’s bond was set at $500.

Pender is a former four-star recruit, and was the No. 37 overall recruit for the 2012 class by 247Sports. Pender has not done much since joining the Seminoles, though, only rushing for 346 yards and five touchdowns.

Pender has been limited by a myriad of issues, both of the academic and physical variety. He was actually having a decent impact at the start of the 2015 season, rushing for 140 yards over three games before missing the remainder of the season with a collapsed lung.

Pender has been dismissed from the team.