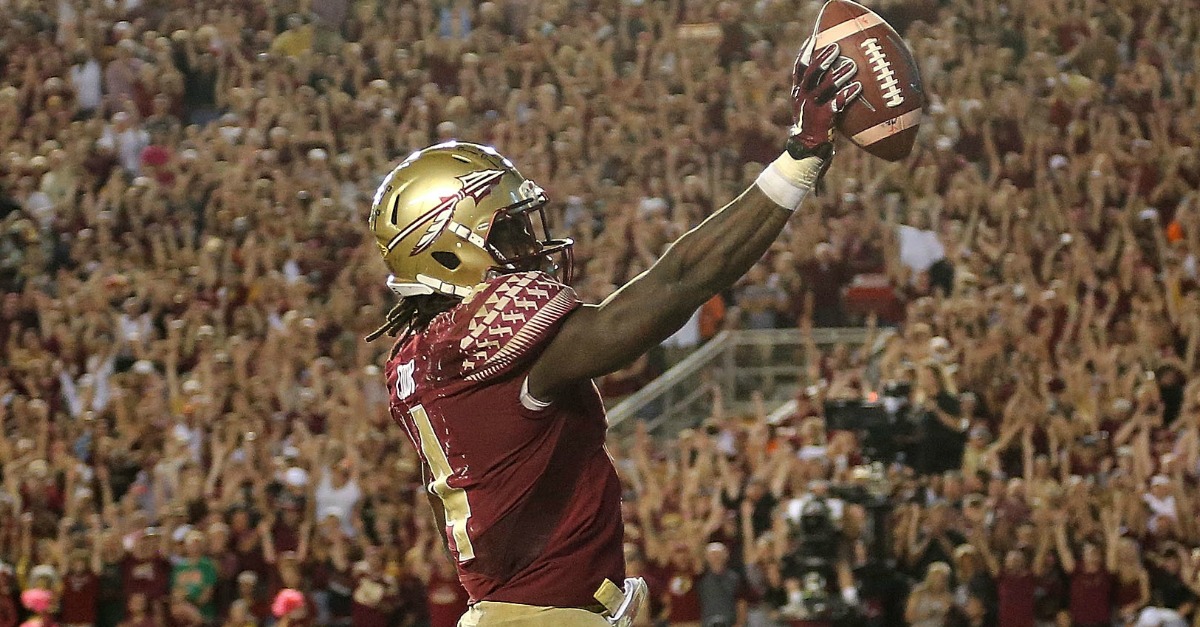 during a game at Doak Campbell Stadium on October 10, 2015 in Tallahassee, Florida.

History has been made in Doak Campbell Stadium on Saturday afternoon. Florida State sophomore running back Dalvin Cook broke Warrick Dunn’s single season record of 1,242 when he rushed for his 1,243rd career yard in the first quarter against NC State. Dunn set the record in 1995. Cook’s numbers have smoked other past ‘Nole greats — Sammie Smith had 1,230 yards in 1987 and Dunn rushed for 1,180 yards in 1996.

Now that Cook has broken Dunn’s record, a new single-season rushing record will be set at the end of the season — Florida State still has two more games after NC State, including a bowl game.