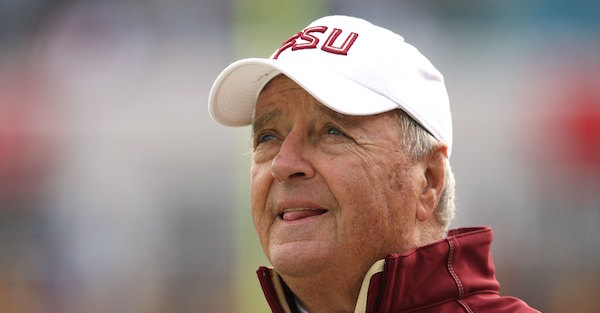 Bobby Bowden coached plenty of great athletes during his tenure at Florida State, but he recently said Deion Sanders was the best player he ever coached.

Bowden was in New York City promoting his new book, and TMZ Sports asked him to name the best player he ever coached at FSU.

“Deion Sanders, no doubt about it,” Bowden said. “Great athlete.”

Bowden coached two Heisman trophy winners in Charlie Ward and Chris Weinke, and he also coached talented players such as Peter Warrick, Warrick Dunn, Derrick Brooks and Anquan Boldin. But Sanders was as dynamic as any player in the country while he was in college — as well as in the pros — and he recorded 14 interceptions with the Seminoles. He was the Thorpe Award winner in 1988, and he was a three time All-American at FSU. He also played baseball and ran track in college.