FSU opens up big lead over Michigan with 92-yard touchdown 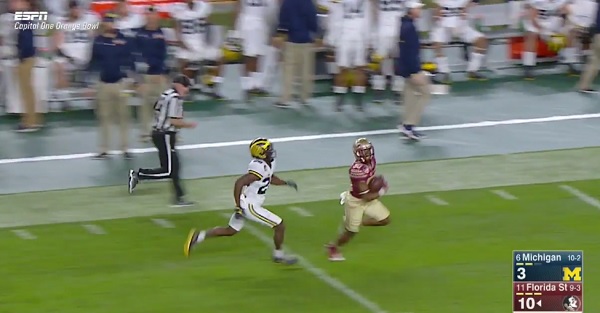 Deondre Francois knows how to sling the ball, and Nyqwan Murray made up for a huge mistake with one play.

Murray had muffed a punt earlier in the game at the 1-yard line, and it allowed Michigan to score three points after a strong stand at the goal line by the Florida State defense. It didn’t take long for Murray to redeem himself, though, as minutes later he got wide open on the edge to set up a 92-yard touchdown pass by Francois.

The pass was the biggest play of the first half, and it has allowed Florida State to jump out to a 20-6 half time lead.