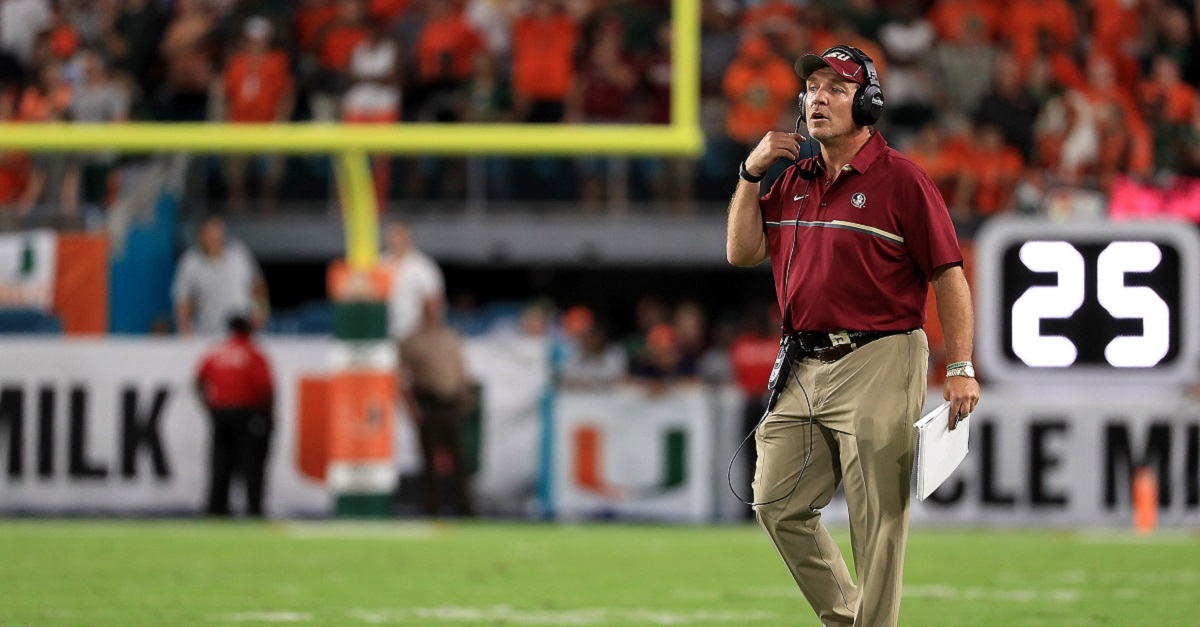 Scout.com’s Troy Tompkins says that the uncertainty surrounding LSU’s program and athletic department is a huge reason Fisher wouldn’t go back to Baton Rouge where he got his big break as an offensive coordinator and quarterbacks coach.

FSU obviously isn’t a stepping stone, and they’ve warded off Fisher suitors before. Also, Fisher may not want to pack up for Baton Rouge if there is uncertainty with the athletic director position. (LSU could part ways with current AD Joe Alleva in the near future.)

With the way Alleva handled the recent Florida rescheduling did not build up any goodwill from the SEC or LSU fans and his job could very well hinge on who the next hire for head coach is after this season. The stability at FSU and their willingness to pay Fisher to swat away other suitors is definitely something that will keep him in Tallahassee though.