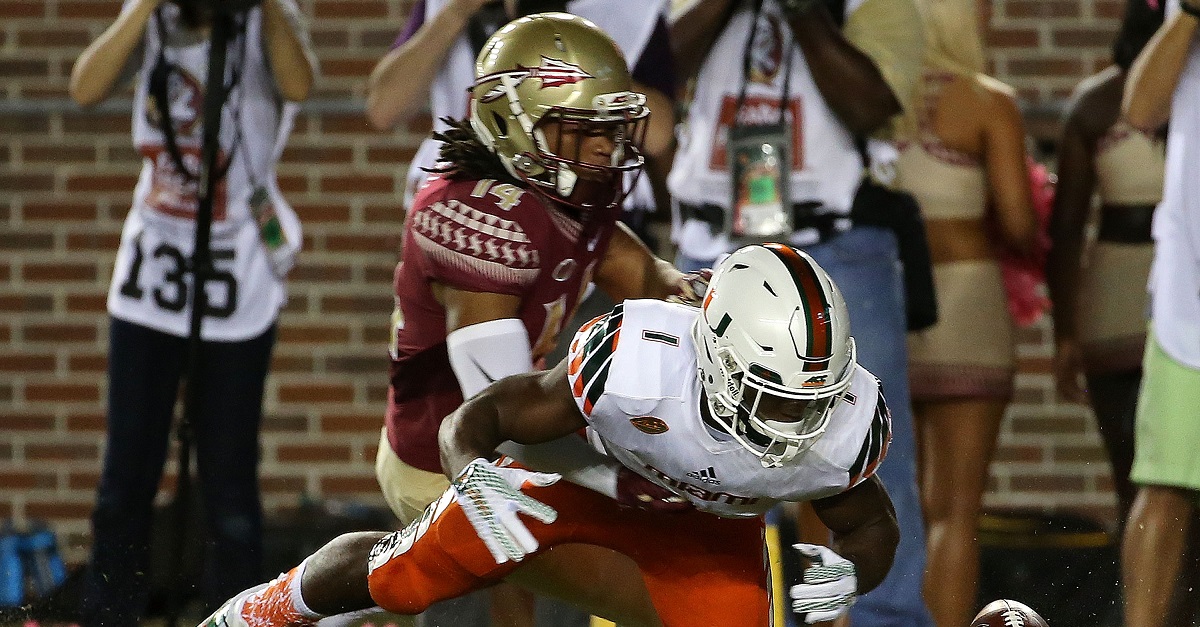 It was reported on Wednesday that the Florida State-Miami game was not likely to change venues despite the impending doom that is Hurricane Matthew. Miami athletic director Blake James said that the game at Hard Rock Stadium in Miami Gardens is still a go. It seems that the thinking on that one might change.

A final decision could be made on it Thursday though and there’s a rumor starting to pick up steam that Tampa Bay would be a place the game could be moved. Raymond James Stadium doesn’t have a pro game to worry about on Sunday while it is hosting the USF-East Carolina game at noon.

Amid those reports of the game getting moved, the host school is convinced that the game will still take place at their home.

Amid reports tonight that Tampa and Tallahassee are options to host UM-FSU game, Miami people still expecting to play at Hard Rock. For now.

RELATED: One game has officially been postponed thanks to Hurricane Matthew

UCF has already moved its game against Tulane to November 5 hen both teams have a bye week because of the hurricane.