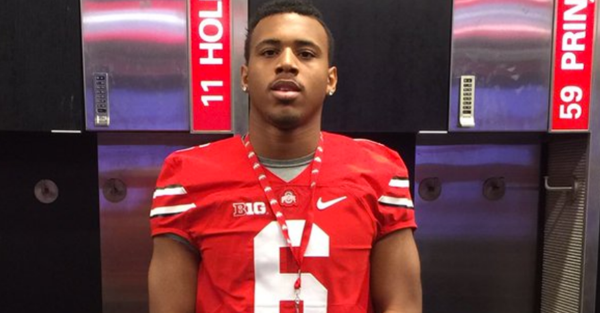 Ohio State doesn’t have too much to worry about: they have one of the top classes in the nation right now, even after a couple of decommits on the first day of the new early signing period. That said, the loss of five-star safety Jaiden Woodbey is going to hurt.

On Wednesday night, Woodbey officially announced that he had flipped from Ohio State and was instead signing with Willie Taggart and Florida State.

This is a huge win for Florida State, who had been struggling in recruiting ever since the rumors appeared that former head coach Jimbo Fisher would be leaving the school for Texas A&M. Well, that rumor turned out to be true, and the subsequent loss of Fisher was another devastating blow for the Seminoles.

Woodbey becomes Florida State’s top commit of the 2018 class, and he helps strengthen the quality of a class that is really lacking in depth right now. Taggart will have a lot of work to do over the next six weeks to fill out the class, but Woodbey definitely helps provide a nice cornerstone as Taggart and his staff get to work.