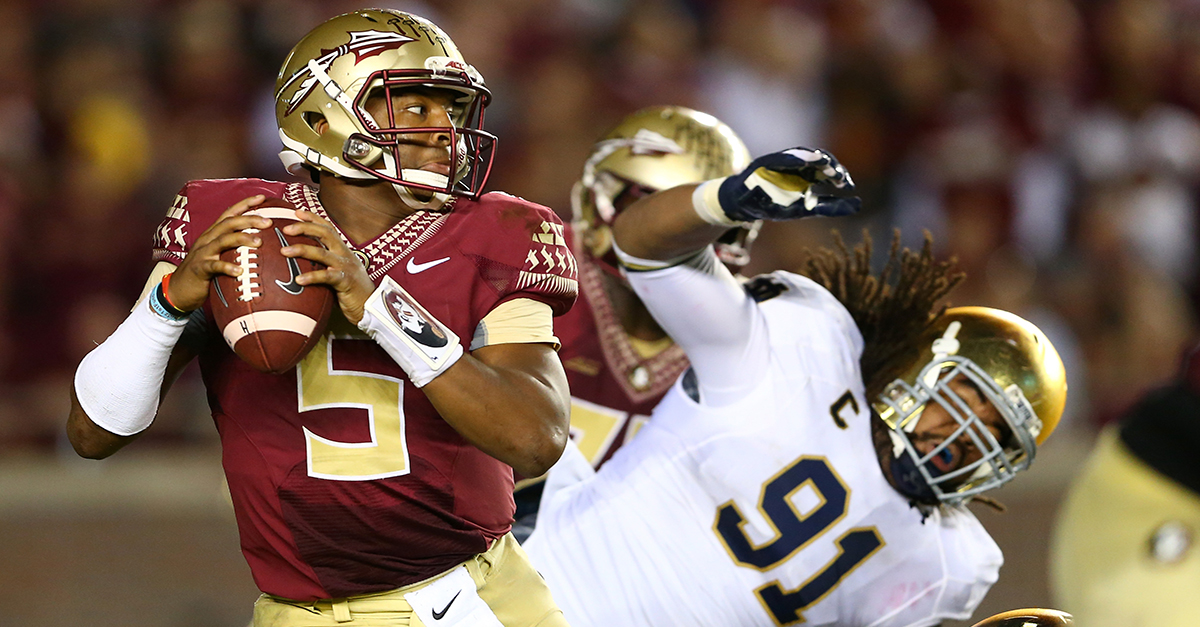 ?The university selected Justice Major Harding, a highly qualified and respected jurist, to remove any doubt about the integrity of this process and the result. He conducted a thorough Student Conduct Code hearing and reviewed more than 1,000 pages of evidence generated by three other investigations, and we would like to thank him sincerely for his service. Moving forward, we remain committed to the principle of due process, and our highest priority will continue to be the safety and well-being of all our students.?

Florida State QB Jameis Winston has been cleared in his student code of conduct investigation, which included the charges of an alleged December 2012 sexual assault.

According to Winston’s attorney, David Cornwell, there was no evidence to charge Winston with any of the alleged violations.

"In sum, the preponderance of the evidence has not shown that you are responsible for ANY of the charged violations of the Code."

Multiple media outlets have confirmed with Cornwell that he was quoting from the ruling handed down from Justice Major Harding.

Winston faced four student code of conduct violations. He has now been cleared in legal proceedings and from the university.

The accuser can now file an appeal with the university. She has five school days to do so.