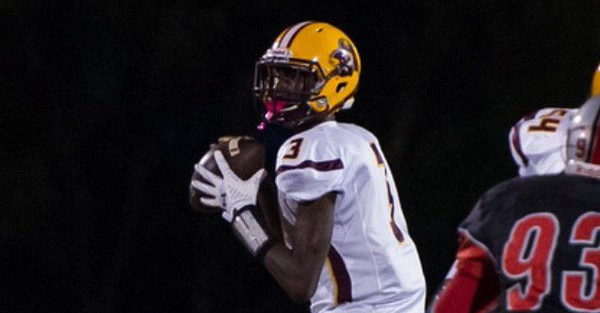 Florida State got some great news on Monday when Rivals updated its recruiting rankings, which gave the Seminoles two five-star running backs in its current recruiting class. Khalan Laborn went from four stars to five and Cam Akers of course stayed a five-star. Well, the Noles also got a commitment from four-star dual-threat quarterback James Blackman:

RELATED: FSU gets richer as it now has dual five-star running backs in its class

The 6’4″, 160-pound QB is rated as the No. 12 dual-threat QB by Rivals out of Glades Central High School in Florida. He also had offers from Louisville, Illinois, Miami and South Florida among others.