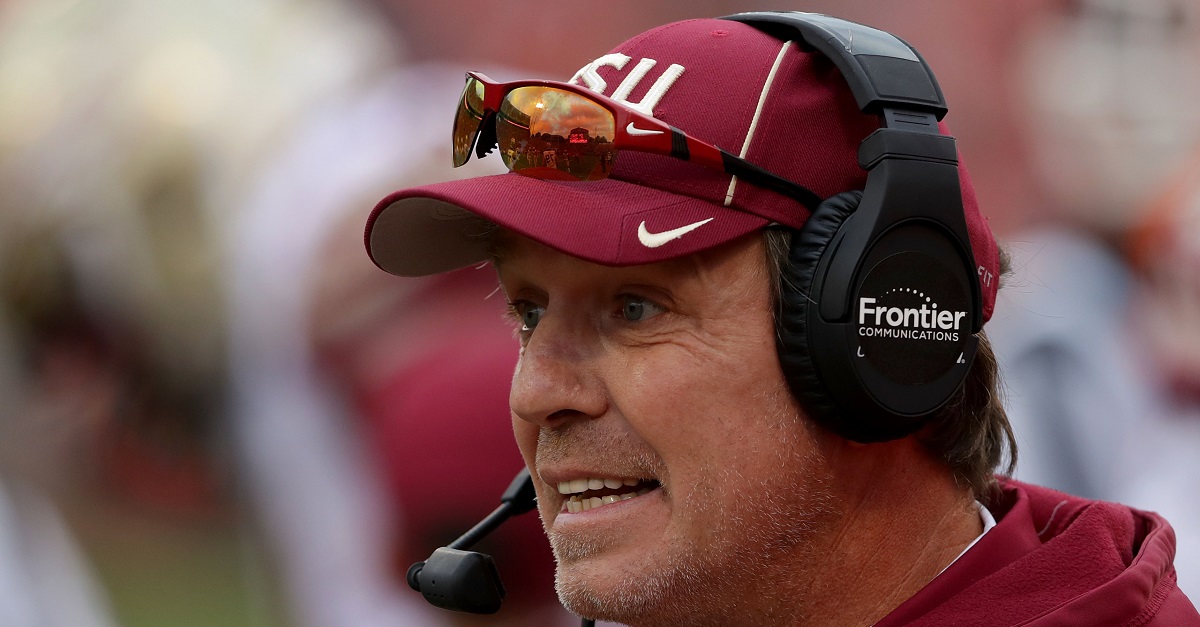 Jimbo Fisher may finally be heading from Tallahassee, and his expected landing spot is College Station with the Texas A&M Aggies.

That brings the following report, which notes the Seminoles have already started the vetting process on Willie Taggart:

Taggart is currently 7-5 at the Pac 12 powerhouse, Oregon, but did lead USF to its current renaissance it?s experiencing that Charlie Strong took over. Taggart led the team to a 10-2 record before leaving ahead of the Birmingham Bowl.

Taggart has now been a head coach at three different destinations including his first job with Western Kentucky coaching various positions before coming back in 2010 to max out at 7-5 with the Hilltoppers in his last two seasons there.

Fisher?s connection to Texas A&M comes in the form of Scott Woodward, who knows Fisher from their days at LSU. Fisher was at LSU between 2000 and 2006, coaching under Nick Saban and Les Miles. There has been plenty of speculation that it may already be a done deal on Fisher?s jump.

The A&M job is officially open after the firing of Kevin Sumlin on Sunday. Sumlin was 51-26 in his career at Texas A&M, but the administration had grew tired of Sumlin after his apparent failures to build upon the 11-2 record in his first season at the school.

Fisher has at least one game left with Florida State this season, as his Seminoles are schedule to play Louisiana-Monroe on Saturday. A win would extend Florida State?s record bowl streak of 35 seasons.