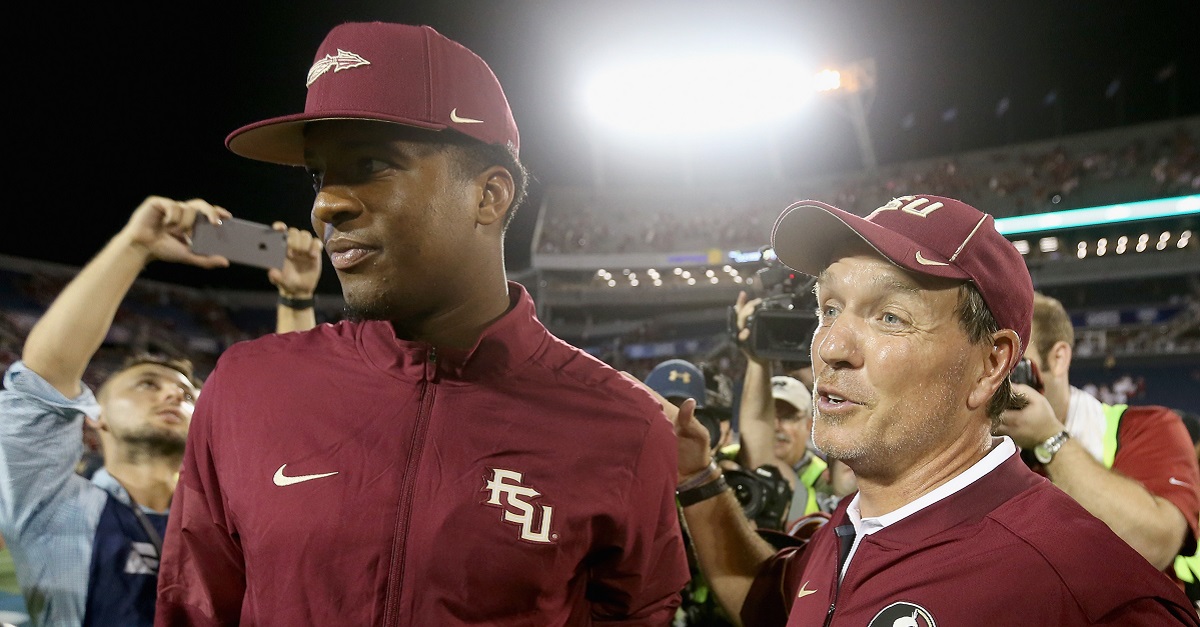 It’s not often that head coaches will go and personally recruit high schoolers as they tend to leave it to their recruiting coordinators and assistant coaches. They’ll usually leave each position coach to recruit their guys, but when it comes to the big recruits, some head coaches will get heavily involved and it seems that is the case for Jimbo Fisher when it comes to dual threat quarterback Dorian Robinson-Thompson.

RELATED: Dorian Thompson-Robinson trims list of destinations despite not having offers from a handful of teams

The 6’2″, 200-pound QB is rated as the No. 4 dual threat QB by 247Sports and the No. 2 recruit in the state of Nevada. Last week the Bishop Gorman QB told Noles247 that he watched what Jameis Winston did in Jimbo Fisher?s offense and wants to have the same type of career Winston did. That’s a career that could win you a Heisman like it did for Winston in 2013. That would also mean throwing for over 4,000 yards and accounting for 44 total touchdowns in a season.