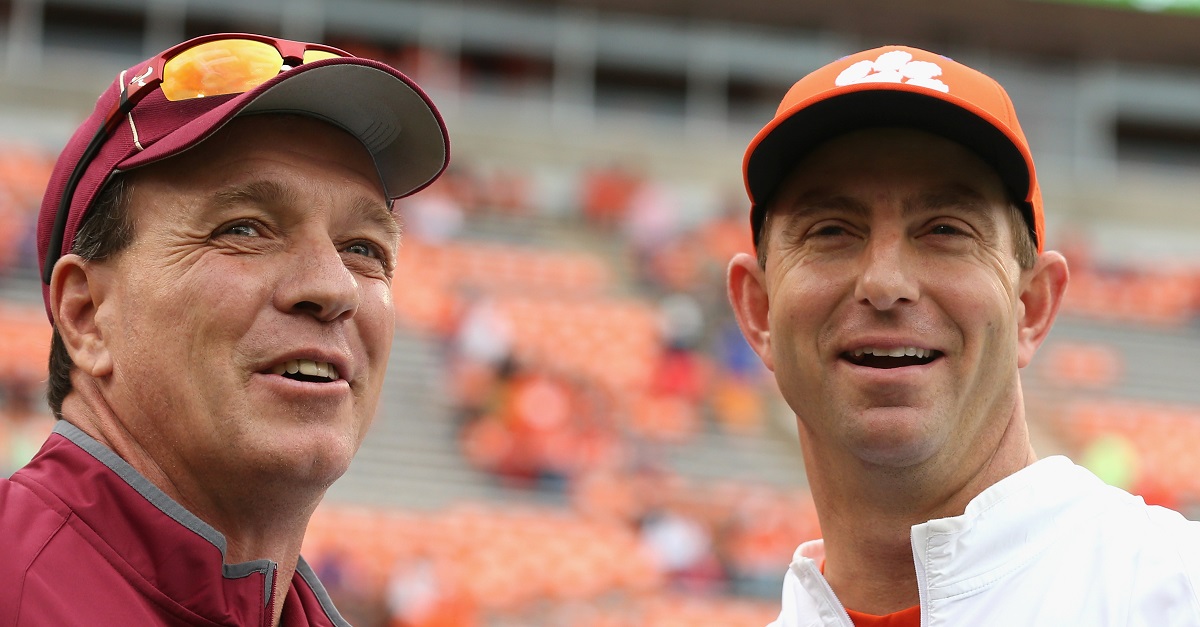 After being at the top of the LSU coaching search for so many weeks, Florida State’s Jimbo Fisher will be sticking with the Seminoles for a long time. The head coach got a new contract extension and pay raise that will have him at the school through 2024 and earning $5.5 million, up from his previous $5.25 million.

Fisher has won a National Championship while at FSU, beating Auburn in the last BCS Championship in 2013. Fisher’s overall record at the school is 77-17 in seven years and he will be leading the Seminoles into their fifth straight BCS/New Year’s Six bowl game.