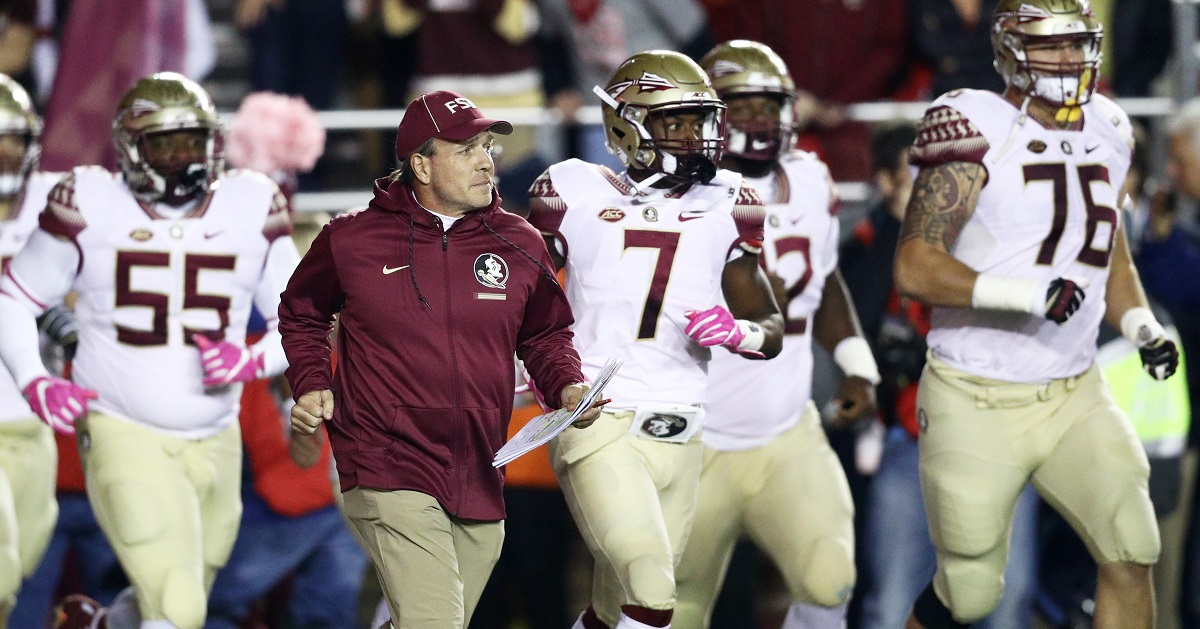 Jimbo Fisher is headed to College Station to take the reins of the Texas A&M Aggies and, even if that was a poorly kept secret in recent days, it is a move that sends shock waves around the college football world. Obviously, one such impact is that on the Florida State program Fisher will be leaving and, in the aftermath of the move, the powers that be in Tallahassee released a statement on his official departure.

In that official statement, FSU president John Thrasher described Fisher as doing “an exceptional job as both an assistant coach at FSU and in the challenging role of successor to the legendary Bobby Bowden.” Beyond that, Trasher praised Fisher as “one of the best coaches in college football” and expressed appreciation for his work in Tallahassee.

With that said, FSU VP and Director of Athletics Stan Wilcox… was not as kind. In fact, he didn’t praise or even directly acknowledge Fisher at all in his public comments.

?President Thrasher and I have worked together through this challenging period while Coach Fisher was making a decision, and I appreciate the cooperation, support and leadership he has provided.

In the interim, I have appointed associate head coach and defensive tackles coach Odell Haggins to serve as our head coach versus ULM.

As the president alluded to, we are extremely pleased by the quality of individuals who have already expressed interest in being the head coach at Florida State University.  I am confident we will fill the position very soon.

I would tell our supporters and fans the same thing that I told our team: we will hire a head coach that will lead Florida State to ACC and National Championships; one who will maintain our commitment to academic excellence; and one who will make you proud to be a Seminole.?

This probably could be construed as an intentional omission from Wilcox, though it remains to be seen if it is one he will acknowledge. Regardless, the Seminoles are on the hunt for a new head coach and the expectations of “ACC and National Championships” will ring true throughout that search.