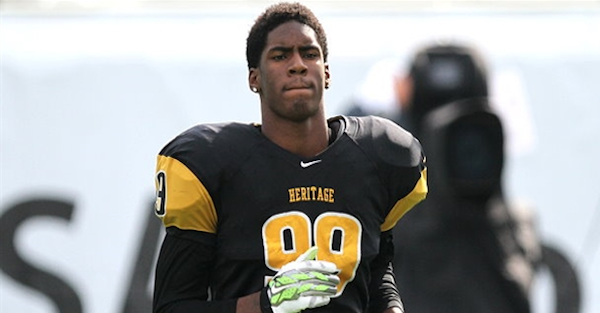 This is one athletic move. During Florida State’s practice on Monday morning, true freshman defensive end Brian Burns made a freakishly athletic play. 247Sports’ Brendan Sonnone captured video of Burns snatching a football from a coach with one hand after he performed a bag drill.

Freakish move here by Brian Burns. Watch him take the ball away with one hand. pic.twitter.com/QcFaiFkVsu

Burns stepped on campus as the nation’s No. 5 ranked weak-side defensive end in the country from the 2016 recruiting class. If he keeps impressing in practice like this, he might be able to get some reps this fall with FSU’s defense.