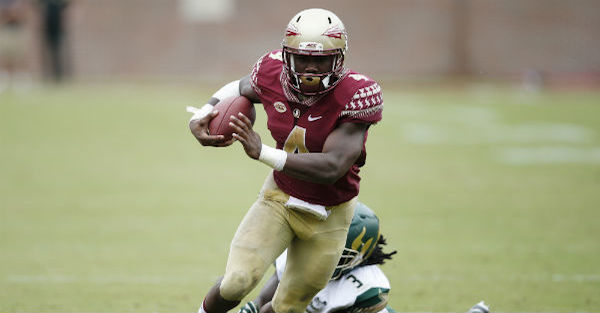 Florida State running back Dalvin Cook has been a huge reason for the ‘Noles’ success so far this season. We are heading into Week 8 of the college football season, and he’s already got 955 yards and 10 touchdowns — and some might argue he hasn’t been fully healthy since he hurt his hamstring against Wake Forest game a few weeks back. One of the things that makes Cook so dangerous is his speed — especially when he kicks things into another gear and explodes upfield.

Cook was asked on Tuesday about who was faster, him or Florida State receiver Kermit Whitfield. His answer may surprise you.

Dalvin Cook asked who's faster between him and Kermit: "He's got it, he's fast man, he's got it."