With Dalvin Cook there for the taking, Tampa Bay Buccaneers passed for one specific reason 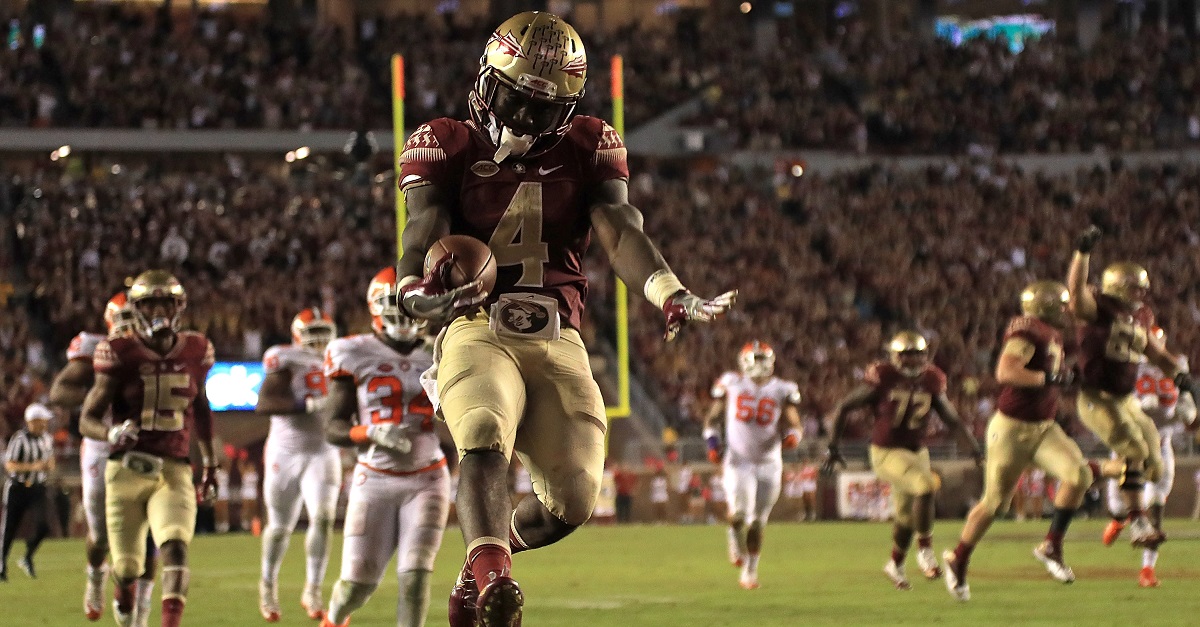 Dalvin Cook, one of the top running backs in the NFL Draft, was still on the board at No. 19, his most logical destination to pair with former Heisman winner and Tampa Bay Buccaneers leader Jameis Winston.

But the Buccaneers passed on his talents, instead opting to snag standout tight end O.J. Howard.

One reason #Bucs passed on #FSU RB Dalvin Cook in the 1st: Source says the most impressive player thus far in training has been Doug Martin.

It was a solid move from a value perspective, as two other tight ends would fall off the board before the end of the round.

The only running backs taken in the first round were Leonard Fournette and Christian McCaffrey.

Doug Martin is 28 years old and a five-year veteran with the Buccaneers. He’s suspended for the first three weeks of the season and is coming off the worst year of his career, where he averaged fewer than 3.0 yards per carry.

The Bucs pick at No. 50 in the second round and could look back at his talents.