With win over Ole Miss, the Seminoles keep alive an impressive streak 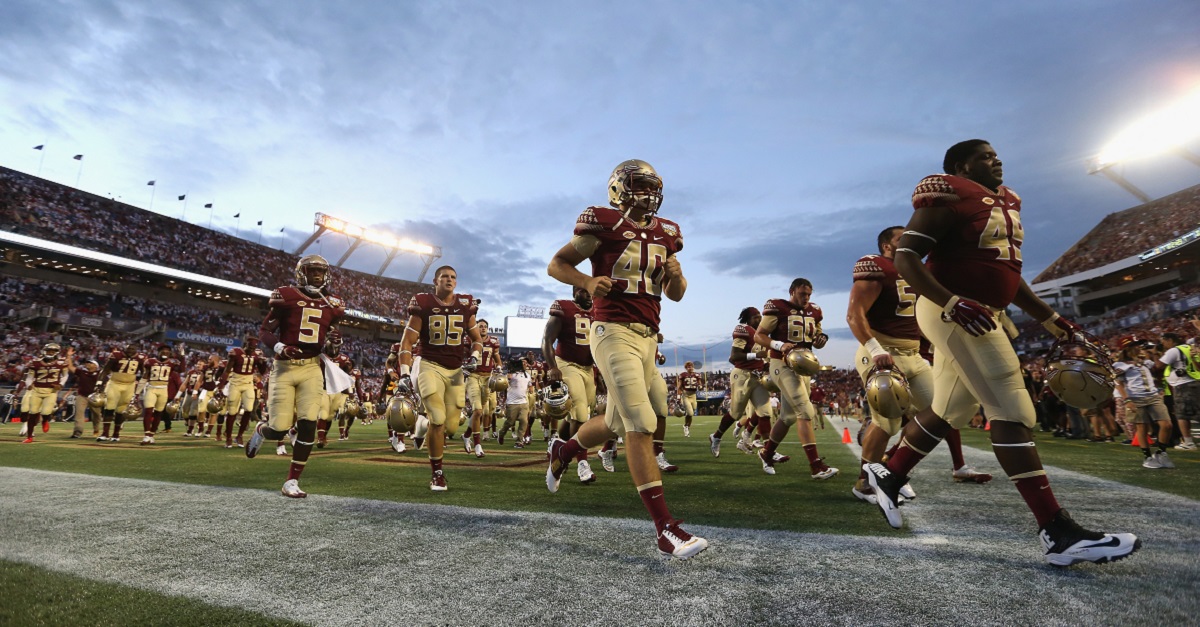 Florida State got its season off to a fantastic start with an impressive 22-point comeback win over Ole Miss. That’s a bigger deficit overcome by the Noles and quarterback Deondre Francois than any with Jameis Winston as the signal caller. The 45-34 win saw the Seminoles keep alive a streak which is the longest of its kind.

The last time FSU lost in September was against Clemson in 2011 at Death Valley and E.J. Manuel wasn’t available. Clint Trickett took over and it ended up being a 35-30 loss. Since then FSU has beaten teams like Ole Miss, Clemson, Pittsburgh, Oklahoma State and Nevada in the month of September. The Noles will face Charleston Southern next week and then will play at Louisville and at USF to round out the month.