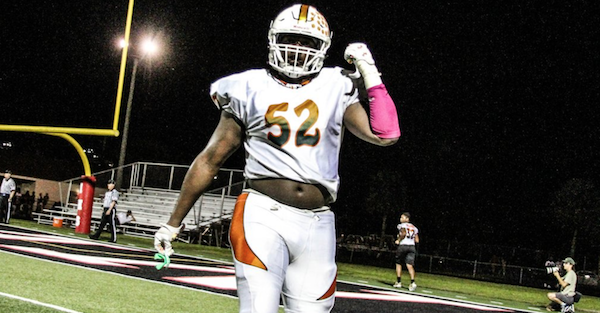 Mark Richt has the Miami Hurricanes rolling right now as they’re No. 3 in the College Football Playoff rankings, and the future of the program looks promising as they are No. 4 in recruiting for 2018 according to 247Sports.

But the Canes’ 2019 recruiting class took a hit as four-star defensive end Derick Hunter decommitted from the program on Thursday.

“I’ll like to thank coach Kool and the rest of the Miami coaching staff for accepting me but as of right now I have to decommit to focus on my grades,” Hunter said. “At the end of the day my grades are more important.”

According to 247Sports, Hunter is the No. 16 overall prospect in the 2019 class and No. 14 strongside defensive end as well as the No. 27 recruit in the state of Florida. He has offers from Auburn, Florida State and Michigan, and Florida is also recruiting him.

He was originally committed to Florida, but ended up flipping to Miami two months later. That was back in the summer and he had been committed to Miami for five months. The 6-foot-5, 250-pound prospect is from Fort Myers, Florida.