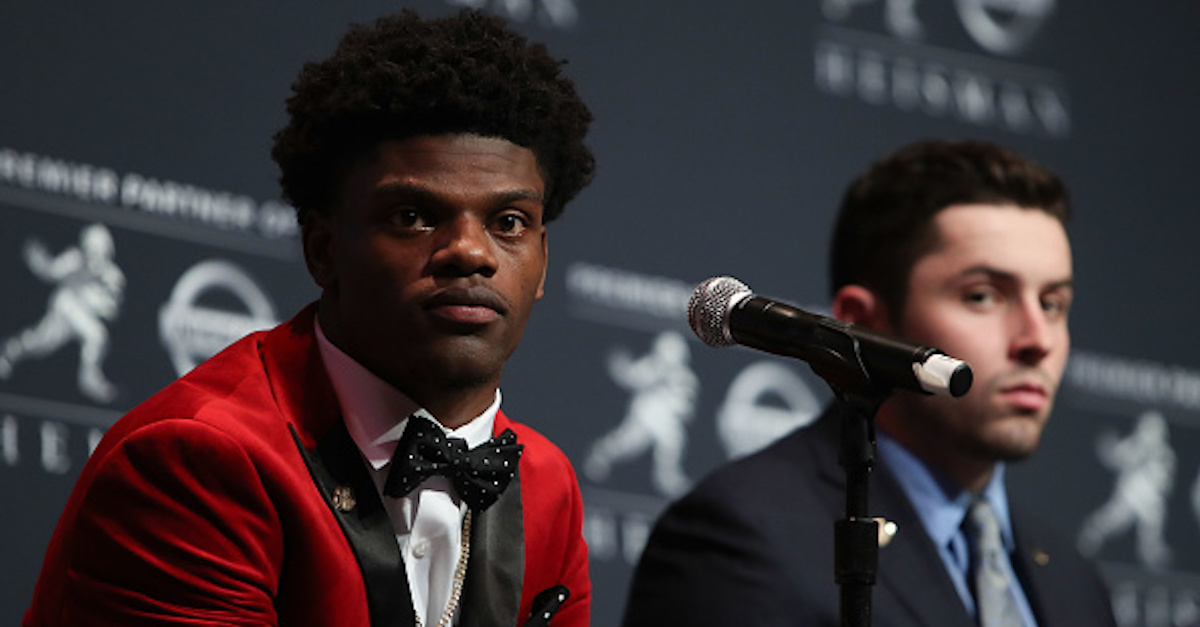 Louisville quarterback Lamar Jackson announced Friday morning on his Twitter account that he will enter the 2018 NFL draft.

“After much discussion with my family and coaches, I have made the decision to take the next step in my career and enter the 2018 NFL Draft,” Jackson wrote on Twitter. “I would like to thank the University of Louisville, Coach Petrino and the coaching staff, my teammates and the fans. It has been nothing short of an honor to be a member of #CardsNation and to play for this university. No matter what the future holds, one thing remains true #GoCards!”

As Jackson moves on to the next level, the debate will begin to which position he’ll play in the NFL. He became an unconventional quarterback at Louisville with the ability to throw the ball and make plays with his legs given his quickness and size. Some project that NFL teams may want to move him to wide receiver, while some may take a chance with him at quarterback.

He’ll have a chance over the next few months to continue to improve his abilities as a passer as he attempts to build his draft stock.