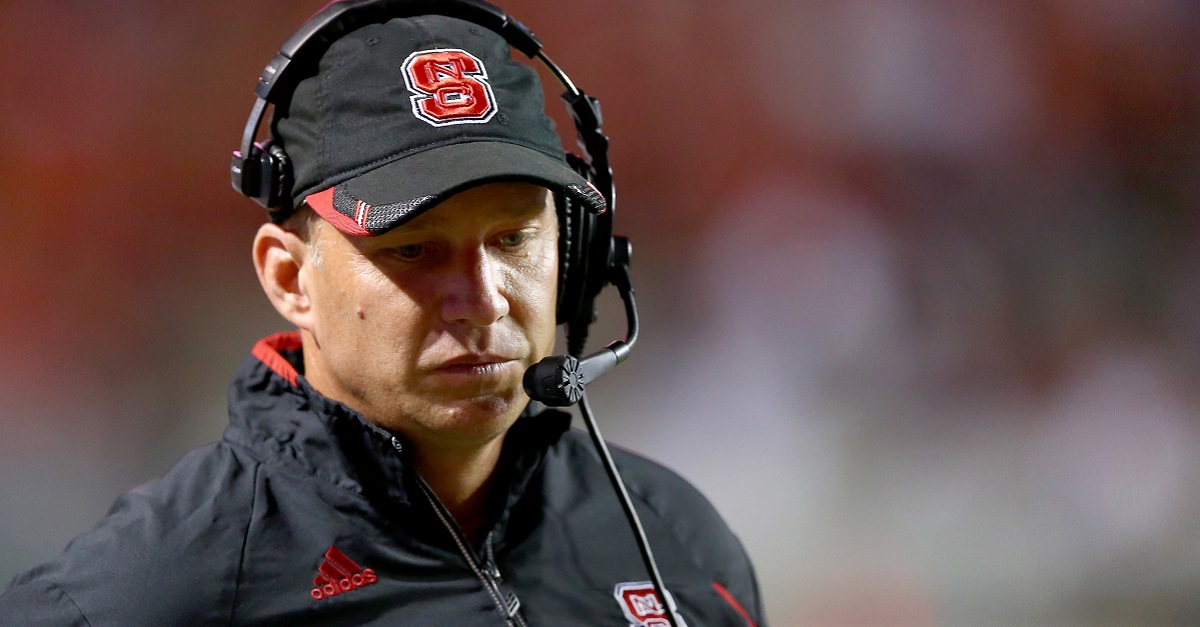 North Carolina State announced on Tuesday afternoon that they had dismissed two football players and suspended three more following a sexual assault investigation from an incident over the summer.

The statement announced that Antoine Thompson and Kevince Brown were dismissed from the program, while Isaiah Moore, Erin Collins and Xavier Lyas were suspended for an indefinite amount of time. All five players are freshmen.

Head coach Dave Doeren released this statement after the punishments.

“We had five freshmen, two of whom have been dismissed, who made poor decisions that don’t align with the values of our program and each has been handled accordingly. Although I’ve disciplined these players for violations of the Student Athlete Code of Conduct, I want to make it clear that I respect due process in the University and legal proceedings. Our players understand that I’m going be firm, but fair when it comes to discipline.”

According to WNCN out of North Carolina, the punishments stem from a sexual assault investigation from a campus party back in July. The report also notes that the campus police have now turned their investigation over the district attorney’s office, and that the university will now commence with Title IX proceedings.