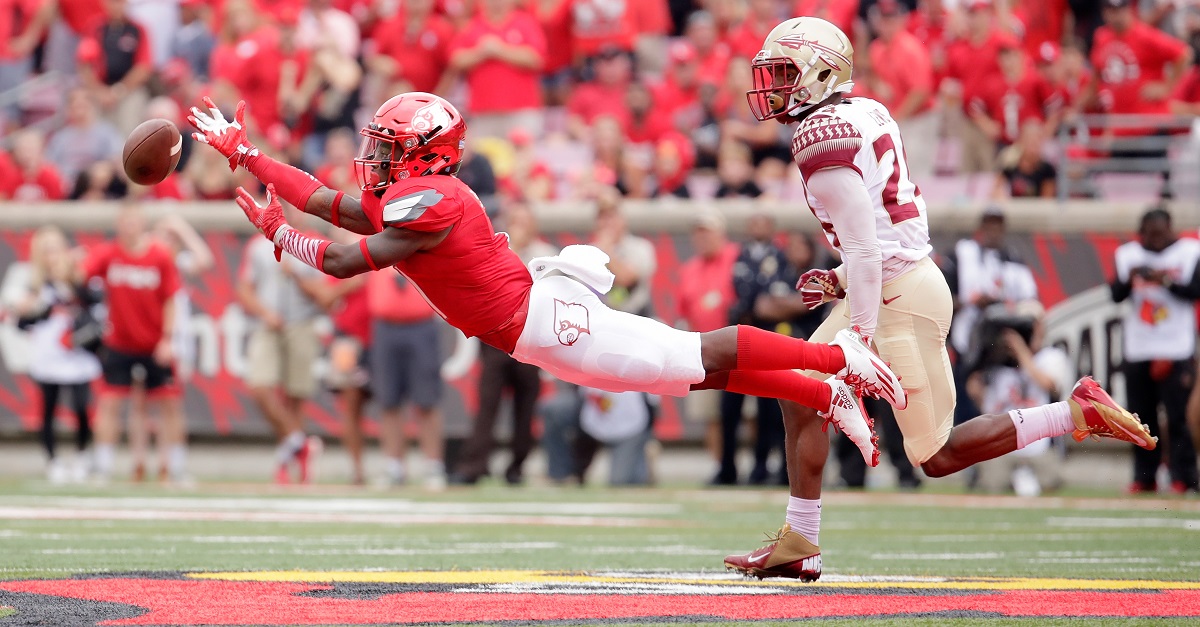 Andy Lyons/Getty Images
LOUISVILLE, KY - SEPTEMBER 17: Traveon Samuel #1 of the Louisville Cardinals dives for an attempted catch while being guarded by Marcus Lewis #24 of the Florida State Seminoles during the first quarter of the game at Papa John's Cardinal Stadium on September 17, 2016 in Louisville, Kentucky. (Photo by Andy Lyons/Getty Images)

As I proceed on to this next chapter of my Life, for my senior season I am officially a⚔️TROY Trojan⚔️& I will be attending school at Troy University to pursue my masters degree. This has been a great journey & I am super excited to see what’s in store for me next.🤺1️⃣⚔️ pic.twitter.com/WE0Wf4W8kW

Samuel announced on Twitter account earlier this month that he was going to transfer from Louisville and elect to play his senior season at another school. The decision to transfer was a bit of a surprise as he had just posted his best year at Louisville this season after catching 21 passes for 339 yards. He finished his Louisville career with 57 catches for 746 yards and two touchdowns.

He was a three-star recruit out of Central High School in Alabama and was rated as the No. 8 all-purpose back in the class of 2015, according to 247Sports.

After graduating from Louisville, he should be eligible to play next season as a graduate transfer.