For the third time in three months, a member of this college football team has been arrested 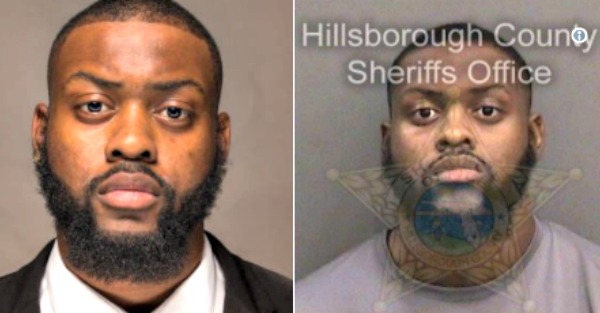 A South Florida football player has been arrested after police say he used a stolen credit card to buy a meal at a pancake restaurant.

Adrian Palmore, a tight end for USF, was arrested on suspicion of fraudulent use of a credit card and petty theft, according to police and jail records obtained by USAToday.

Palmore was arrested by Temple Terrace (Fl.) police, who went to the IHOP restaurant after the credit card holder reported that his stolen card was being used, USAToday reported.

The university released this statement, and noted that he’s been suspended.

“We are aware of the situation and are in the process of collecting information." 1/2 pic.twitter.com/v2WOwYG14L

USF Statement Regarding Adrian Palmore arrest
"The student-athlete has been removed from participation in team activities at this time.” 2/2 pic.twitter.com/HhM63tU3Kh

?We are aware of the situation and are in the process of collecting information. The student-athlete has been removed from participation in team activities at this time.?

This is the third time in the last three months a USF athlete has gotten in trouble with the law.  LaDarrius Jackson, a defensive end,  was arrested by campus police in May on suspicion of sexual battery and false imprisonment.  He’s been removed from the team while the case is pending. Hassan Childs, a defensive back, was kicked off the team following an alleged road rage incident.

Childs allegedly pulled a gun on a man, his wife, and their three-year old child. Childs was then shot three times according to the Tampa Bay Times as the man reportedly pulled his own gun in self defense. Both Childs and the other party ? 26-year old Jovanni Jimenez ? have concealed carry permits in the state of Florida. Childs was arrested on suspicion of  three counts of aggravated assault — a felony — and a single count of misdemeanor marijuana possession. He was hospitalized as a result of the gunshot wounds.