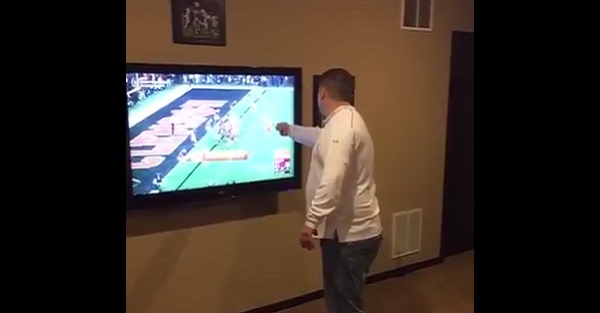 It doesn’t appear that this fan was too happy about the result of Monday’s football game.

After Clemson scored the game-winning touchdown against Alabama in the national title game, one fan was caught on camera giving a good ol’ right jab to his television screen.

And…. yep. That TV is absolutely done for.

This isn’t the first time someone has broken something in reaction to a football game, and it certainly won’t be the last. However, everybody seems a bit too calm in this video? Real or fake? You decide.