Alabama officially losing their top recruiter to another Power 5 school 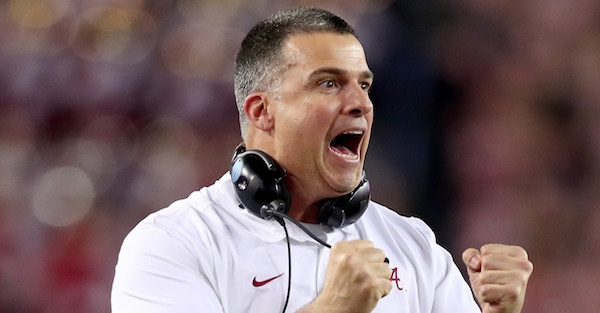 Another day, another loss for Alabama’s coaching staff.

On Tuesday, Oregon and head coach Willie Taggart officially announced that they had hired Alabama offensive line coach Mario Cristobal. Cristobal will serve as a co-offensive coordinator with the Ducks.

Oregon announces its hire of Mario Cristobal as co-OC and run-game coordinator. Been on the recruiting trail for a few days with the Ducks.

The hire is significant for Oregon, as Cristobal has been one of Alabama’s top recruiters over the past few years. Cristobal is an expert in recruiting Florida thanks to his past work with both Miami and Florida International.

Oregon will definitely need that recruiting power, as the Ducks trailed off in that part of the college game under former head coach Mark Helfrich. Helfrich was fired after a 4-8 season in 2016, and Taggart was hired away from South Florida to be his replacement.

Once again, Alabama will be looking to reload their coaching staff much like they do their recruiting classes.