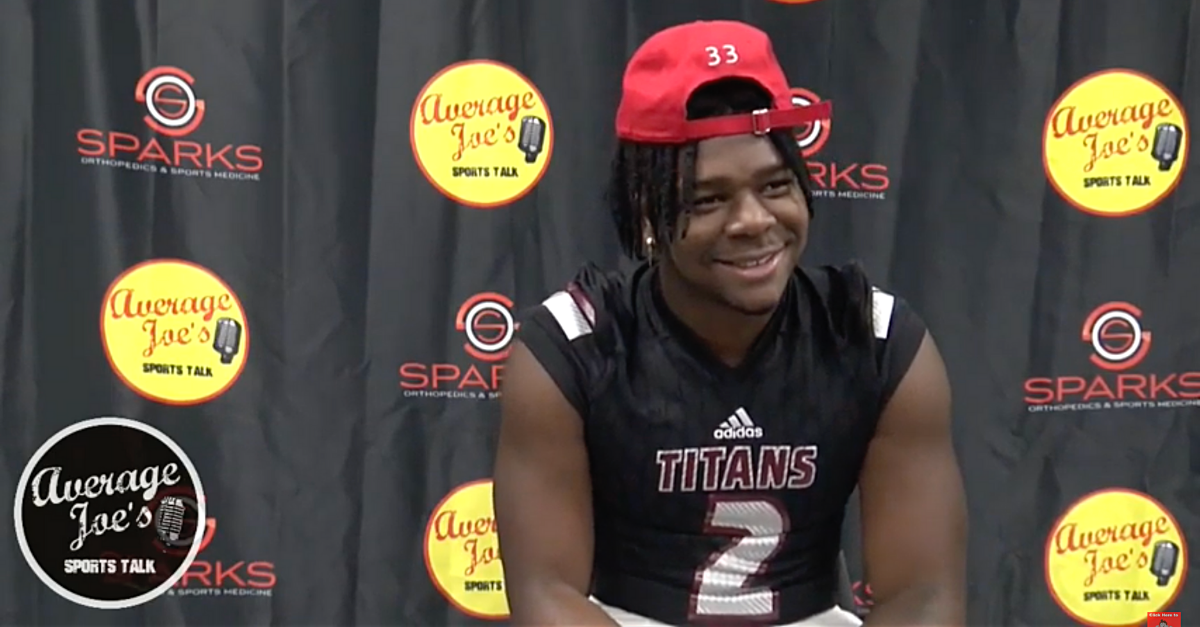 Allen Merrick was a young man with big dreams. Rated as three-star recruit by 247Sports, the standout linebacker was Gadsden City’s Defensive Player of the Year and showcased his talent at the annual Alabama-Mississippi All-Star game. He held scholarship offers Florida Atlantic, Kentucky, Liberty, Missouri, Nebraska, Purdue, South Carolina, Tennessee and UCF, among many others.

Major colleges were pursuing him, but Merrick chose to stay close to home. He signed his National Letter of Intent to play linebacker for the reigning Conference USA West Division champion UAB Blazers for the 2020 season and beyond.

Sadly, a horrible tragedy struck the UAB football program for the second time this year.

Early Friday morning on August 14, UAB head coach Bill Clark released the following statement that Merrick had been shot while visiting his hometown of Gadsden, which is about an hour drive from the University of Alabama-Birmingham’s campus:

“Please pray for the family of Allen Merrick, a young man who joined our UAB Football Family this season. Allen was visiting home in Gadsden yesterday when he suffered a gunshot wound. He is at UAB Hospital where I’ve been with Allen’s family, but I do not have a condition I can share at this time. I ask that everyone please respect his family’s privacy and keep them all in your prayers.”

Hours later, it was revealed Merrick succumbed to his wounds. Capt. Bobby Jackson of the Gadsden Police Department believes this was an accidental shooting, but he stated that the investigation was ongoing.

Back in May, UAB football signee Jamari Smith died while swimming at Chewacla State Park near Auburn. His death was ruled an accidental drowning. Smith led his Lee High School basketball team to its first-ever Alabama state championship as a senior and was slated to join the UAB Blazers football team for the 2020 season.

He had a smile and a basketball game that could electrify and light up any room or building he was in. He had a spirit that enlightened everyone around him. This one hurts so bad that I can’t even really get the words together. I love you Jamari “Chop” Smith! Wow! #RIPChop pic.twitter.com/7kGZfjQX68

Our condolences are with Allen Merrick’s family members and the entire Alabama community right now.