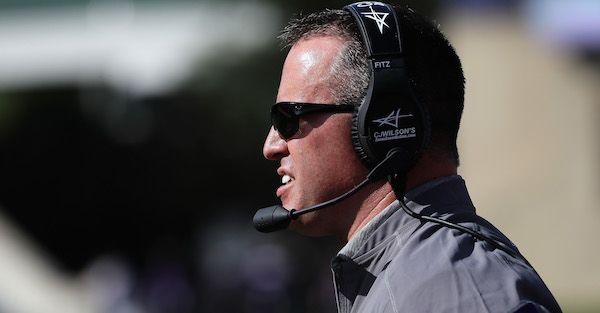 The Northwestern Wildcats enjoyed a promising 2016 season that ended with a somewhat unexpected bowl victory over the Pittsburgh Panthers. With that said, Pat Fitzgerald and company still have a long way to go to make the former Big Ten also-ran into a sustainable top-flight program and producing a turnaround in recruiting would be the best way to do so.

As the 2018 recruiting class takes shape, Northwestern is doing impressive work. In fact, 247Sports now places the Wildcats among the top 10 (!) programs in the country in terms of committed prospects for next year’s class and that is unfamiliar territory for the program.

As of April 5, Northwestern sits at No. 9 in 247Sports’ rankings, peaking as high as No. 5 this week. The current No. 5 through No. 10 teams — featuring powerhouses like Clemson, Florida State, and Oklahoma — are all ranked extremely close together and can easily shift with just one commitment.

Northwestern already has eight commitments for 2018, headlined by four-star defensive end Devin O’Rourke. According to the piece referenced above, the Wildcats also have a big recruiting weekend on the horizon, as Northwestern plays host to a number of highly intriguing prospects including a wide receiver from Houston named Jacob Jefferson.

Needless to say, Fitzgerald and his staff cannot afford to rest on their laurels, as the rest of the country will be trying to take the Wildcats down in competition for various prospects over the next several months. Still, there is undeniable momentum in Evanston and that presents a fun story line to follow in the Big Ten.