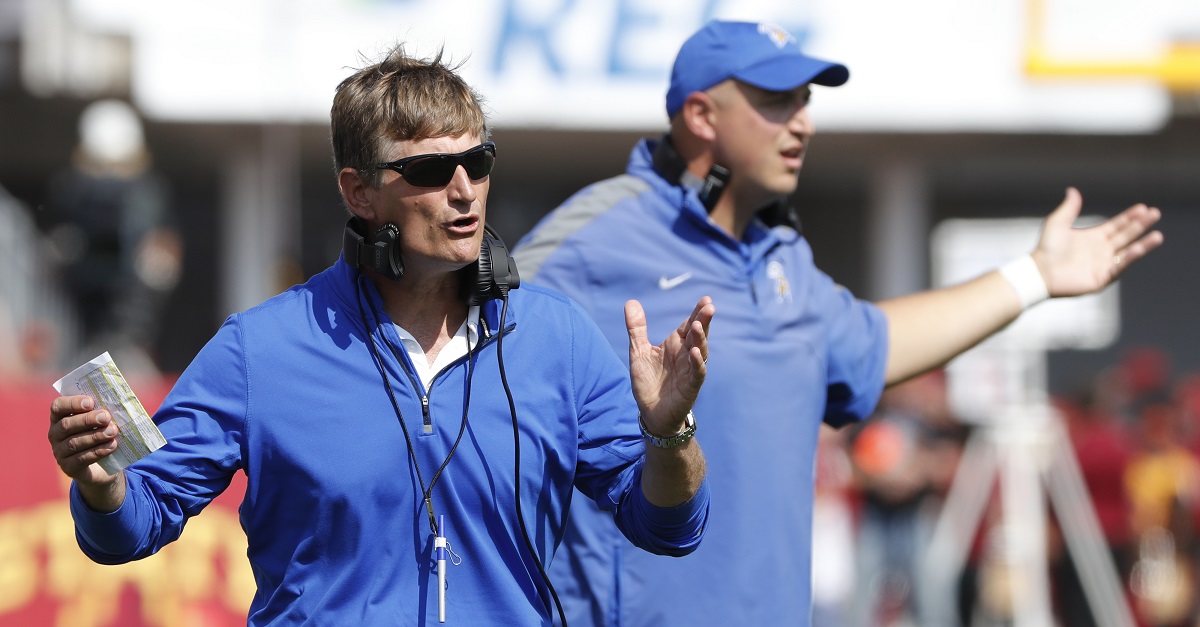 College football’s Black Sunday is here as another coach has officially been fired. San Jose State’s Ron Caragher has been fired after going 4-8 in his fourth season at the school.

RELATED: Another college football is now out of work

San Jose State had an overall record of 19-30, 14-18 in Mountain West games, and won the 2015 AutoNation Cure Bowl against Georgia Southern. However, that wasn’t enough to save him from his poor record this season.

Prior to arriving at San Jose State, Caragher led San Diego to a 44-22 mark from 2007-2012. He joins FAU’s Charlie Partridge and Nevada’s Brian Polian in the fired coaches club today.