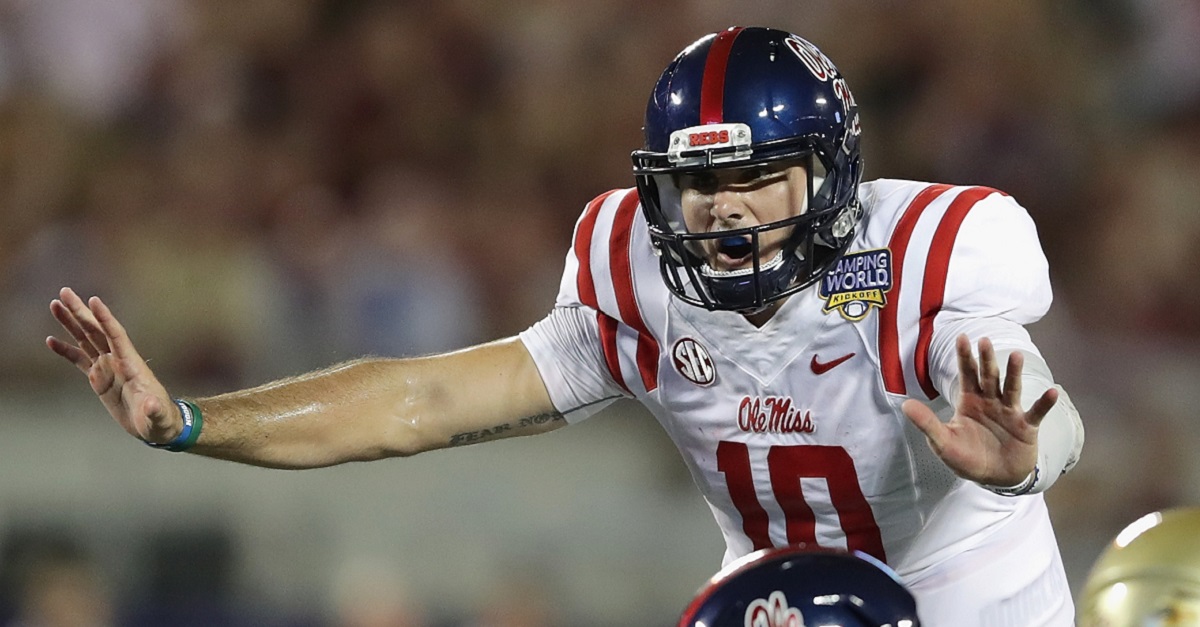 It looks like the NFL may have added another player to their “banned” list for the annual Combine coming up at the end of the month.

According to Chase Goodbread of NFL.com, Ole Miss quarterback Chad Kelly did not receive an invite to this year’s NFL Combine. Bleacher Report’s Matt Miller later followed that up with a report that Kelly was denied an invite to the Combine due to his past off-the-field issues.

#OleMiss QB Chad Kelly not invited to combine. Told me he hoped to be ready to throw there at Senior Bowl, so I don't think he expected it.

I'm told by NFL team sources that Ole Miss QB Chad Kelly was not invited to the NFL combine based on off-field issues.

Kelly issues start back in 2014, where he was kicked off the Clemson football team due to a blow up at a spring practice. Kelly then went the JUCO route before transferring to Ole Miss, where he had another legal issue after getting in a fight at a night club.

Kelly has spent the last two years as the starter at Ole Miss, but his 2016 season was cut short after an ACL injury. Kelly is still recovering from that injury, but as Goodbread indicates in his tweet, it appeared that Kelly expected to meet with teams at the Combine.

Instead, it doesn’t look like that will be happening, and Kelly joins Oklahoma running back Joe Mixon, Baylor wide reciever Ishamel Zamora, and Ole Miss teammate Demore’ea Stringfellow as players that have reportedly been blacklisted from this year’s Combine.