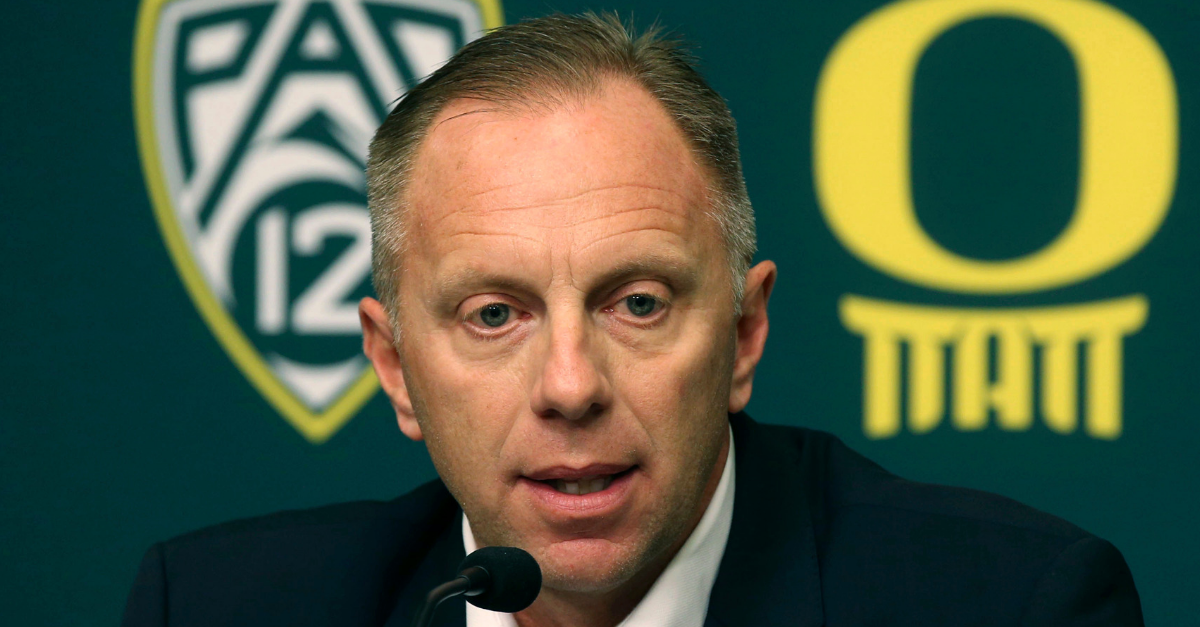 GRAPEVINE, Texas (AP) ? There are a lot of new voices in the room for the College Football Playoff selection committee.

Six of the 13 members are serving for the first time.

“Certainly no change in the process … but every time anyone leaves a boardroom, and a new person comes in, there are subtle chemistry changes,” CFP executive director Bill Hancock said.

The selection committee gathered Monday for the start of a two-day meeting at a North Texas hotel to go over the extensive data and outcomes from the first nine weeks of the season. The first ranking for the CFP’s fifth season will be revealed Tuesday night.

2️⃣4️⃣ hours from now on @ESPN…

RELATED: Florida’s Playoff Hopes May Be Gone, But This Season Isn’t a Wash

It will be the first of six rankings this year. The last one, on Dec. 2, will determine the matchups for the national semifinal games and the New Year’s Six bowl games.

“Every committee, every group, and every year is unique too, so even if you have the same members, it would be unique because it’s a different data set and a different year,” said Oregon athletic director Rob Mullens, a fourth-year committee member and new chairman.

Still, this is the biggest turnover for the committee since the original group in 2014. There were only six new members combined the past three years.

“I think having new people in the room, new voices around the table, new perspective, it’s healthy for the process, and is only going to strengthen the selection committee in the years ahead,” said Texas Tech AD Kirby Hocutt, the past chairman whose three-year term on the committee ended after last season.

“You have to recognize with six new voices around the table, six new minds on how they view the rankings and evaluate the teams, it’s different,” said Hocutt, who was replaced as the Big 12 representative by Castiglione. “The process and the protocol hasn’t changed. … But how they evaluate the teams on a weekly basis, sure that’s going to change, because it’s new people in those seats.”

Hancock said the new members convened three times before this week’s meeting, once as a group of six and twice with the returning seven selection committee members. The new members were oriented on the process and went through a mock exercise to prepare for the real thing.

Hocutt said it would be interesting watching from a distance as the first rankings are released. He will get to see Mullens answer media questions about what the committee did, the role that Hocutt had the past two years as chairman.

“You’re kind of the explainer-in-chief … take all that happens in this committee and then as soon as the rankings are done, to go explain them to the passionate fan bases,” Mullens said. “But really I’m just one of 13 members. There’s 13 outstanding members who are wonderful to serve with, and take this role very seriously.”

READ MORE: Nick Saban?s Won a Bunch at Alabama, But Which Game is His Favorite?