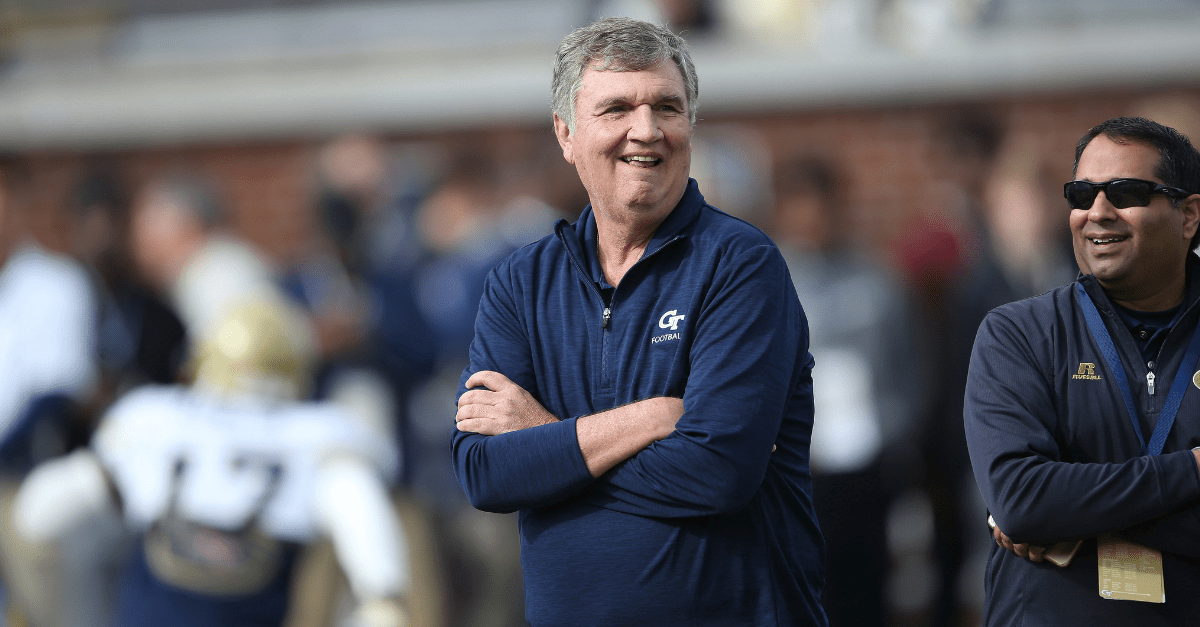 The 61-year-old Johnson made the surprising announcement Wednesday after meeting with his players.

He coached the Yellow Jackets for 11 seasons, compiling a career record of 82-59 that includes eight bowl appearances and three trips to the Atlantic Coast Conference championship game.

Three-time #ACC Coach of the Year @GTPaulJohnson is stepping down as head coach. #ThanksPaul

RELATED: In a Pass-First Generation, Georgia Tech Won a Football Game Like It?s 1906

Johnson will coach one more game at Georgia Tech, staying on for the bowl game. The Yellow Jackets have been linked to the Military and Music City bowls.

This season, the Yellow Jackets bounced back from a 1-3 start to finish 7-5, winning four straight games before a 45-21 loss at No. 4 Georgia to close the regular season.

Georgia Tech finished 5-3 in the ACC, its first winning record in conference play since 2014.

Johnson is best known for his triple-option offense, which has produced gaudy rushing statistics but is criticized for being one-dimensional and out of touch with today’s wide-open offensive schemes. The Yellows Jackets lead the nation with an average of almost 335 yards per game on the ground, but they completed only 11 passes in their last five games.

“After 40 years of coaching, it’s time to take a break,” Johnson said in a statement. “My family has sacrificed a lot over the years. I want to watch my daughter (Kaitlyn, a professional opera singer) perform and do some things with my wife (Susan) that we’ve never had a chance to do. It’s been a great run for the last 11 years here on the Flats. I’m proud of what we’ve accomplished and am looking forward to having the chance to coach this team one last time at our bowl game next month.”

Bobby Dodd, Bill Alexander and John Heisman were the only coaches to serve longer at Georgia Tech. All are member of the College Football Hall of Fame.

“I was saddened when Coach Johnson informed me that he was going to step down as our head coach,” Stansbury said. “Not only is he Georgia Tech’s winningest head coach in more than 50 years but he is also an incredible mentor for the young men in our football program and has helped develop countless student-athletes that have gone on to great success after graduation.”

.@GTPaulJohnson isn’t just #GaTech’s winningest coach since the man our stadium is named after, he is also an incredible leader of men. We will miss him here on The Flats but I’m glad that he and Susan will have the opportunity to catch up after 40 years! #ThanksPaul https://t.co/3hbzvMeaTm

Before arriving at Georgia Tech, Johnson was a head coach at Georgia Southern and Navy.

He guided the Eagles to a 62-10 mark and a pair of FCS national championships before moving to Navy in 2002. After a 2-10 mark in his debut season, the Midshipmen ripped off five straight winning seasons and bowl appearances. He never lost to Army, going 6-0 against the Cadets.

Johnson’s overall record is 189-98, with only four losing seasons in his 22 years as a head coach.