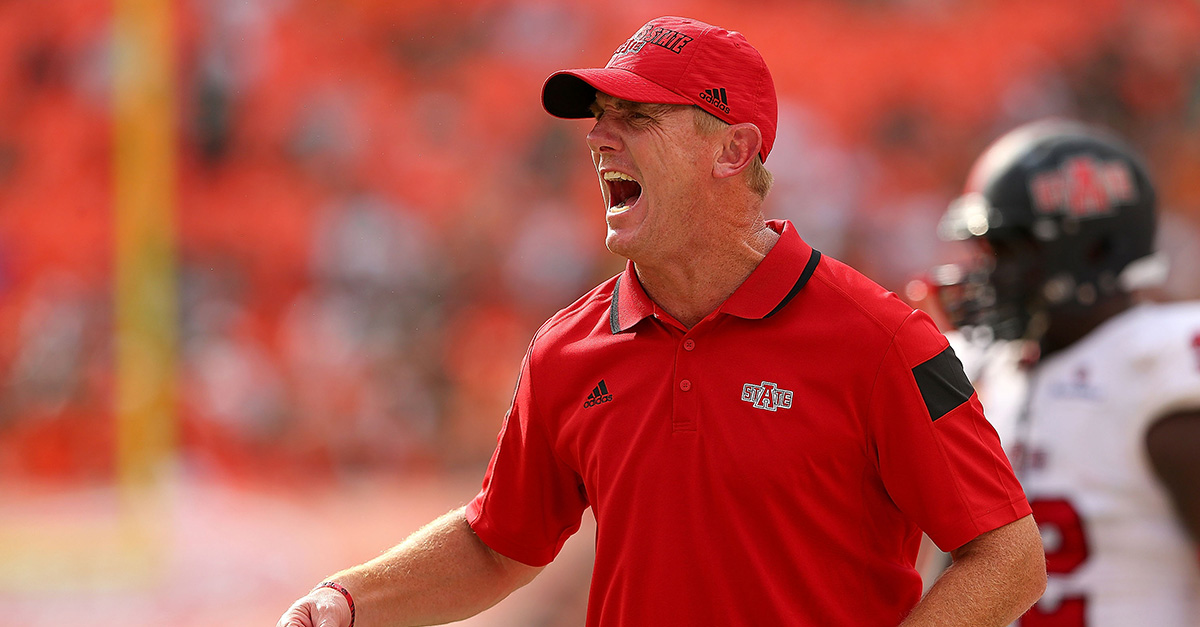 Have you ever wanted to be the head coach of a college football team, but just have never been able to meet those pesky “qualifications” to apply? Have you always told your friends that you could totally be a successful coach, I mean just look at all those National Championship trophies from NCAA Football sitting in your PlayStation profile? Do you have a large amount of expendable income to spend on something random? If you answered yes to those questions then you are in luck.

Arkansas State, for the second year in a row, is auctioning off the opportunity to be the head coach for the Red Wolves’ spring game. This year, they’re actually auctioning off the head coaching spot for both squads in the spring game, so you and a friend can do battle. The winning bidder will get to draft the teams and produce a scheme on Thursday night, help with practice on Friday, and then coach during the game.

Winning bidder will get the full head coaching experience! You get to draft and coach your own college football team! Winning bidder can also match wits and pick a friend to coach against in the 2015 Arkansas State Football Spring Game on April 17th.

Overnight accommodations included, the head coach will draft their team on Thursday night and scheme with the rest of the coaching staff. All day Friday the coach will go through practice and drills. As game time arrives, give the pregame and halftime talk, determine if their team ‘goes for it’ or punts on fourth down, communicate with the coaching staff on headset throughout the entire game and more! The coach will receive photos of their experience and coaching gear. The winning coach will also receive a Powerade bath as part of their bragging rights!

The current top bid is just $1,300 with the bidding ending this Saturday, so if you and a friend are looking to live out a coaching dream just start pooling those funds together for a trip to Jonesboro, Arkansas in a couple weeks. Last year’s winning bid was over $11,000, so expect the bidding war to heat up as we get closer to Saturday.