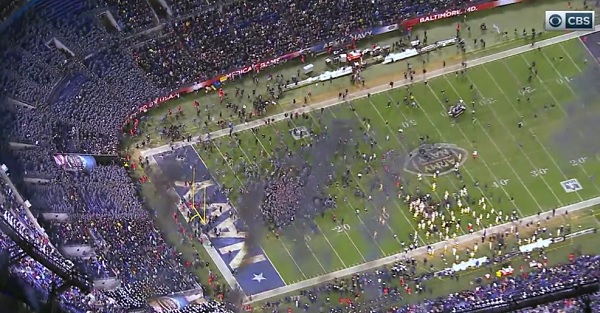 Yes, even Army can storm the field after winning a big football game.

The annual Army-Navy classic was on Saturday, which Navy had won 14 consecutive times. Army was due to break the streak with Navy on their third string quarterback, and the Black Knights were able to hold the Midshipmen off with a 21-17 victory.

In classic fashion, the Army cadets stormed the field after the game to celebrate with their team to sing the alma mater.

We’re aren’t sure exactly how the college football regular season is supposed to end, but his is a pretty good way for it to go.