We have our first official bowl invitation of the 2017 season 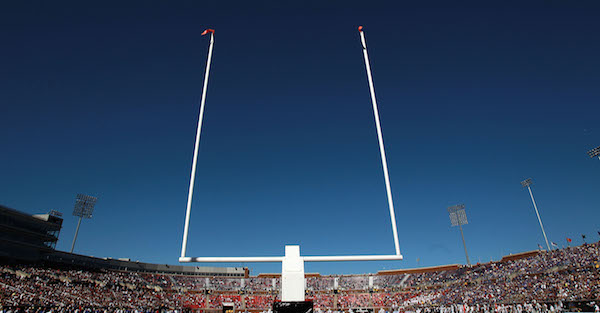 With an exciting 31-28 win over the Temple Owls on Saturday afternoon, the Army Black Knights are officially bowl eligible. Given that the team still has four games remaining on the schedule, it was widely assumed that Jeff Monken and company would reach the coveted six-win mark and, given that virtual assurance, the stage was set for the country’s first bowl bid of the 2017 season.

Army is headed to the Armed Forces Bowl.

We have our first official bowl participant: Army accepts an invite to the Armed Forces Bowl.

The 2017 Lockheed Martin Armed Forces Bowl is scheduled to feature a Conference USA team on one side and it will now be Army on the other. The kick-off is set for Saturday, Dec. 23 at 3:30 pm ET and, given the direct tie-in for the Black Knights, it makes all the sense in the world that they would be included.

Army completed the 2016 season with an overtime win over North Texas in the Heart of Dallas Bowl but the Black Knights needed back-to-back wins to end the campaign with seven regular season wins. That allowed Navy, who lost to Army a season ago, to represent the service academies in the 2016 edition but, this time around, Army is penciled in to the Armed Forces Bowl with the notable headline of being the first team officially headed to a specific bowl destination.