Lane Kiffin’s latest move might be his most controversial yet 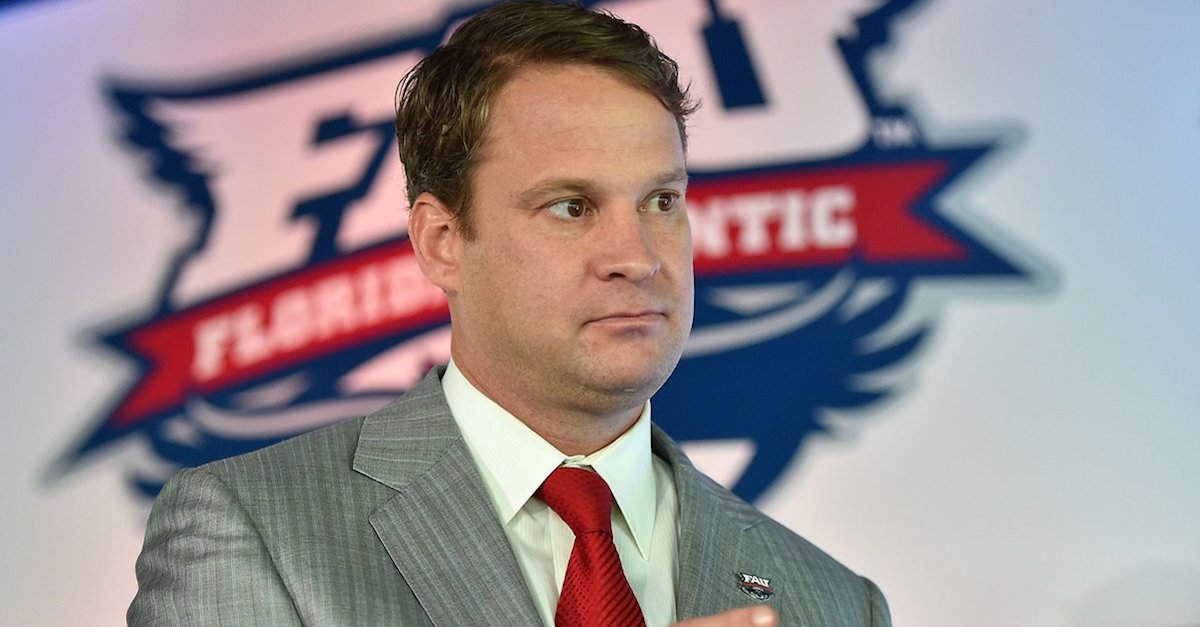 Months after he was fired at Baylor, former head coach Art Briles is now serving as an “informal advisor” to Lane Kiffin’s FAU, per the Sun Sentinel.

While he’s serving in the informal capacity, Art Briles has reportedly not been on campus. Kendal said he’s sent film to his father and Kiffin has spoken to him “a couple times.”