Less than 24 hours after hiring him, team has reversed course on Art Briles 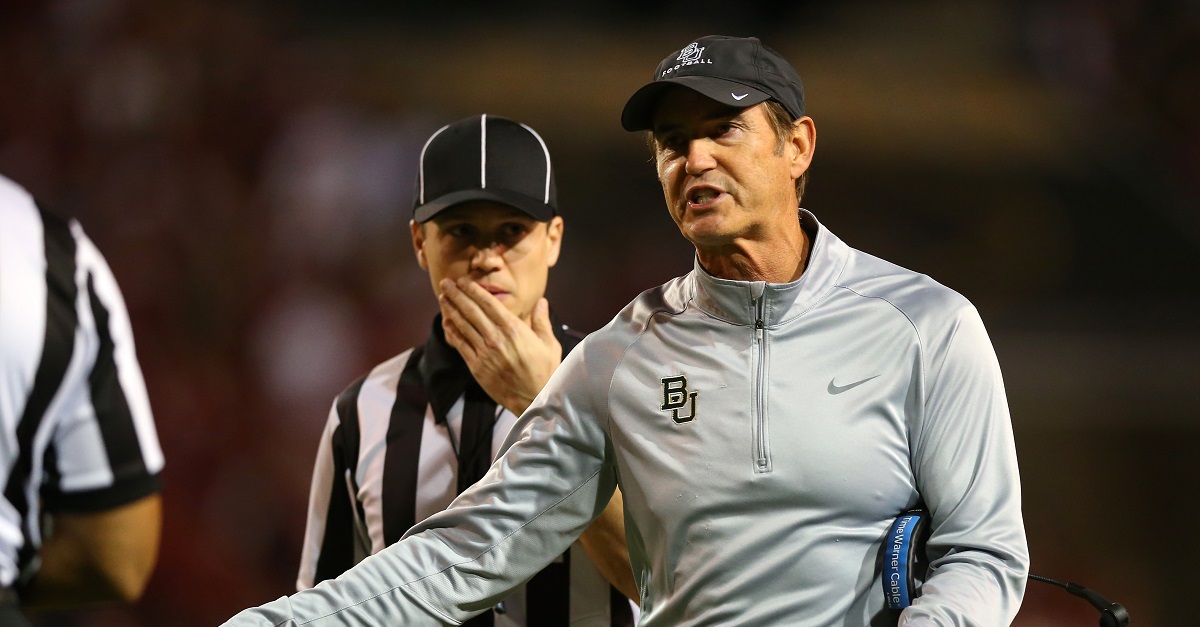 Months after he was fired at Baylor, Art Briles was heading to the Canadian Football League, joining the Hamilton Tiger-Cats as an Assistant Head Coach Offense, per a team-issued release. Later in the same evening, the team made a decision not to bring Briles in, via a CFL-issued presser.

“Art Briles will no longer be joining the Hamilton Tiger-Cats as a coach. We came to this decision this evening following a lengthy discussion between the league and the Hamilton organization. We wish Mr. Briles all the best in his future endeavours.”

The Sun Sentinel originally reported former head coach Art Briles was serving as an “informal advisor” to Lane Kiffin’s FAU. Kiffin pushed back against that idea, per ESPN:

“Somebody texted me and wanted to know why I hired Art Briles, and I was like, ‘What?'” Kiffin said. “He’s absolutely not a consultant and has never been to practice or spoken to our team. That’s classic ‘somebody trying to make it a story’ because it’s Art Briles and Lane Kiffin.”

Kendal Briles, Art Briles’ son, is the offensive coordinator at FAU, serving under Kiffin’s first tenure. Here’s what was reported by the Sentienl

Art Briles has reportedly not been on campus. Kendal said he’s sent film to his father and Kiffin has spoken to him “a couple times.”

More from ESPN on that:

“Kendal sent his dad our spring game to let him see how he was calling plays and running the system,” Kiffin said. “I have not spoken to [Art Briles] about him watching that film. It was just his son sending his dad film so he could see what he was doing, nothing more than that.”