Reported list of candidates for Houston job emerges, including one possible shocker 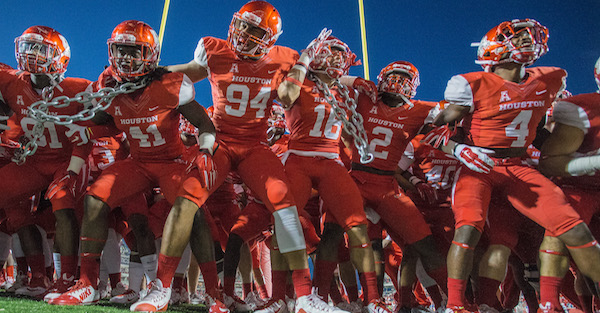 According to Houston board of regents chairman Tilman Fertita, the school is in the process of narrowing its list to “5 or 6 names,” and a decision could be made by the “middle of next week,” per the Houston Chronicle.

While plenty of candidates have emerged, the Houston Chronicle reports Art Briles has interest in returning to Houston, where he coached from 2003-2007. That interest may not be the same from the school, per Fertitta.

“There’s a lot of administrator and ex administrators and board of regents from Baylor that say that Art Briles was a scapegoat at Baylor,” Fertitta said. “I’ve had calls from ex chairman of the board of regents there, current big booster there, lawyers that represent Baylor. I have not had one negative call about Art Briles. But there still seems to be a clarity issue.”

“I would love for Art Briles to be on our super-short list,” Fertitta said. “But until, or if, or when we can ever get full clarity, I can’t see us going there.”

According to a report by the Wall Street Journal, 17 women reported sexual or domestic assaults by 19 players since 2011 at Baylor under Briles’ watch. Those incidents included four alleged gang rapes, per the report.

According to the report, head coach Art Briles knew about “at least one” alleged incident and didn’t alert police, anyone on the judicial-affairs staff or the Title IX office.

This is just the latest after the school released a presser detailing the reasons the school took the steps it did.

There’s simply no way this man should be considered for a head coaching gig again.

And it’s simply unfortunate that he’d even be considered for another coaching spot at this point.