College football fan gets cringeworthy tattoo thanks to a Twitter bet 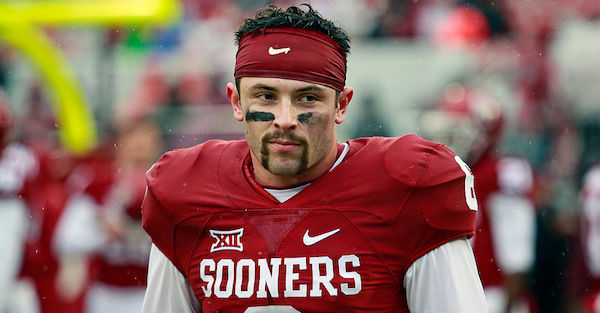 One college football fan sent out a tweet on May 27 stating they would get a tattoo of Oklahoma quarterback Baker Mayfield if the QB retweets him.

Mayfield responded and said, “Only if you get the mustache on it” before retweeting, and sure enough, the Heisman trophy finalist retweeted him.

After the retweet, the fan held up his end of the bargain and got the tattoo of Mayfield—with the mustache included, of course.

The fan seems to be enjoying the attention from the ridiculous tattoo.

I just had 2 dudes walk up on me at the store asking if they can take a pic with my tattoo. I'm dead

It doesn’t seem like he regrets the decision, but he might not feel the same way in a few years.