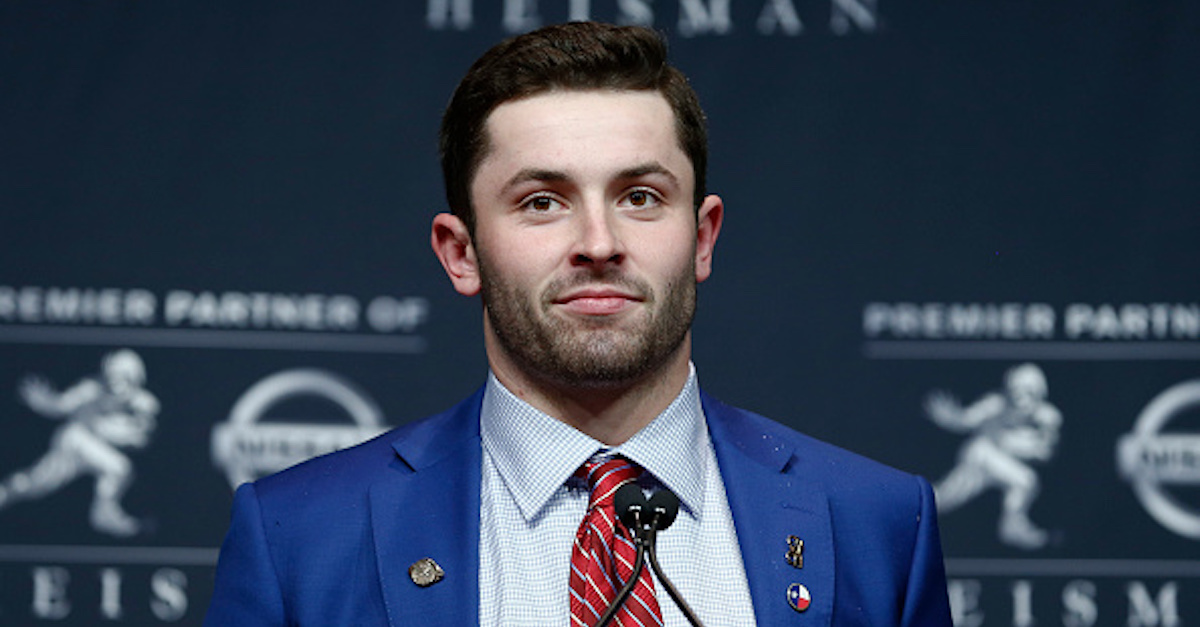 Baker Mayfield is a Heisman Trophy winner and he’s likely one of the top overall picks of this next NFL Draft.

Mayfield is a star, without a doubt, but he has had his detractors.

The main question mark with Mayfield has been his attitude and some things he’s done outside of the white lines. There may also be some question marks regarding whether or not his game will translate to the NFL level, but the same can be said of every college quarterback.

As he’s known to do, though, FS1 shock jock Colin Cowherd came out of right field with a rather awkward, if not absurd, comment on the Heisman Trophy-winning quarterback.

Cowherd did bring up some of the normal points on Twitter, for what it’s worth:

That’s par for the course for both Cowherd and Mayfield, but where Cowherd took it on his show, it was borderline crazy.

Mayfield may not exactly be the type to brush something like that off without saying anything, but credit to him, he did respond to Cowherd, but did so without making much noise:

That’s a solid acknowledgment of Cowherd’s absurdity. Mayfield may not be a pristine athlete, but “a little pudgy, not a great athlete”?