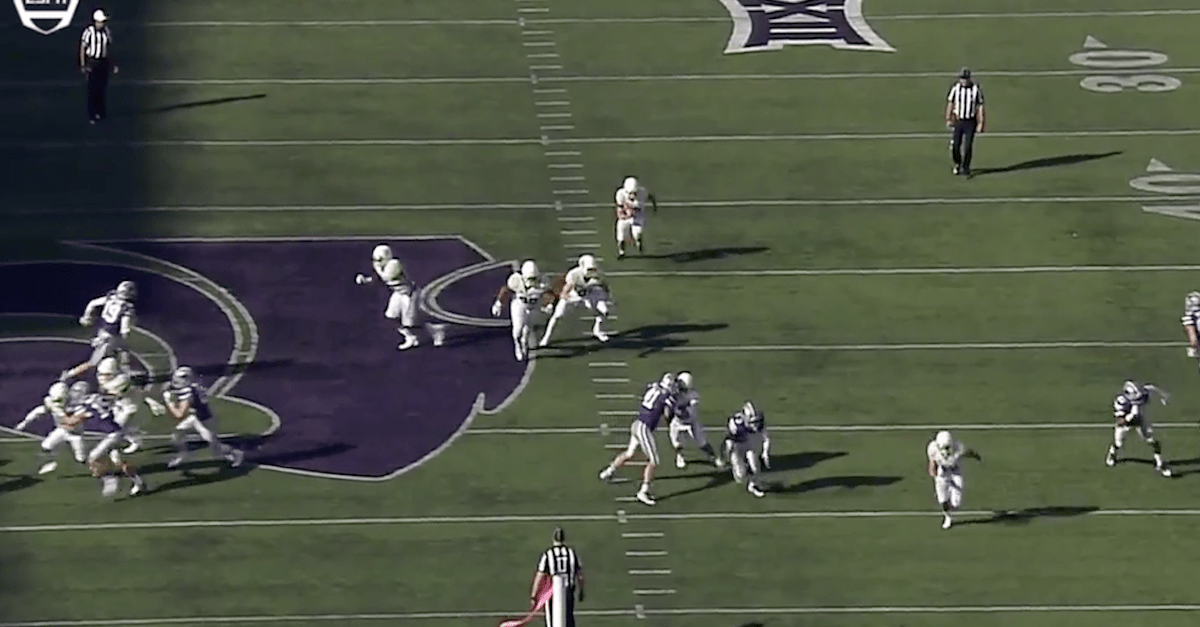 Punters aren’t known for their ability to run, though Baylor’s backup punter, Connor Martin, tested that theory against Kansas State.

Down 20-3 in the third quarter, the Bears obviously felt they had nothing to lose. On fourth and four between the Kansas State 40 and 50-yard line, Baylor took the chance and called a perfectly timed fake punt.

Martin took the snap, Kansas State bailed out into punt return formation and instead of running to go get the football, the punter’s up-backs became lead blockers.

That led to a first down for Baylor and a huge run for Martin, who looked more like Reggie Bush for a minute than a backup punter.

Unfortunately, right near the end of the play, Martin must have felt like Bush because instead of sliding and doing the right thing in terms of self-preservation, he elected to run straight into a swarm of Kansas State defenders.

He paid the price for that decision:

Martin bounced back up and ran off the field like a boss, so good for him. As the broadcast noted, he wasn’t even expecting to play today, which made this run even better.