Before leading Clemson to a national championship, Deshaun Watson had a serious beef with Georgia’s former OC 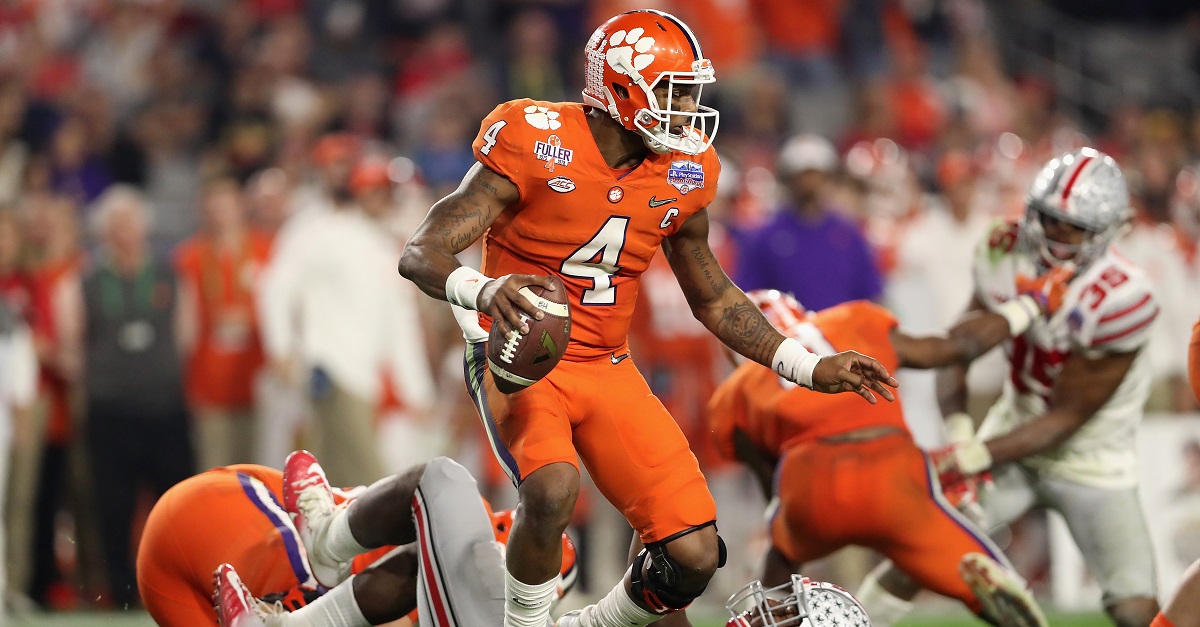 Christian Petersen/Getty Images
GLENDALE, AZ - DECEMBER 31: Quarterback Deshaun Watson #4 of the Clemson Tigers drops back to pass during the Playstation Fiesta Bowl against the Ohio State Buckeyes at University of Phoenix Stadium on December 31, 2016 in Glendale, Arizona. The Tigers defeated the Buckeyes 31-0. (Photo by Christian Petersen/Getty Images)

Coming out of high school, Deshaun Watson was one of the top quarterback prospects in the state of Georgia.

Related: Deshaun Watson’s reaction to winning the national championship shows just how much it means to him

According to 247Sports, Watson was a 4-star recruit, and he was the No. 1 ranked dual-threat quarterback in the country. However, Watson claimed then-Georgia offensive coordinator Mike Bobo didn’t think Watson was good enough to play for the Bulldogs.

This will never not sting. pic.twitter.com/xGkYIcE0Zq

Ouch. According to DawgNation, Bobo did recruit Watson to Georgia, but they offered him after he had already committed to Clemson. Watson, who played high school football in Gainesville, Georgia, won a state title as a junior in high school. Instead of Watson, Georgia signed quarterback Brice Ramsey, who has thrown for 582 yards, four touchdowns and four interceptions in three years in Athens. Watson is a two-time Heisman finalist, and he just led Clemson to a national championship.