Big 12 team announced they were moving their 2017 opener, but there was one major problem 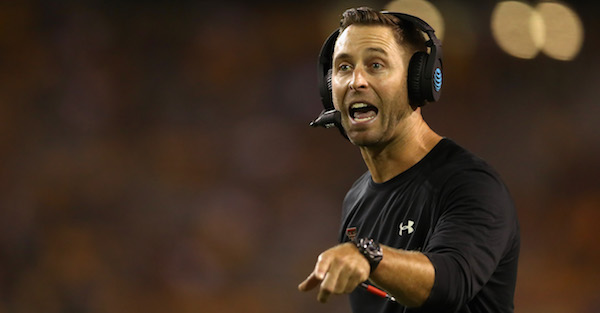 Well this is one for the awkward section of the record books.

Texas Tech announced on Tuesday that they would be moving their 2017 season opener against Eastern Washington from Saturday, Sept. 2 to Sunday, Sept. 3.

That has become a somewhat common move recently by teams taking advantage of the open television spot with no NFL regular season competition, but there was one huge problem here: Apparently Eastern Washington wasn’t in on the deal.

Texas Tech has since deleted all references to the game being moved, and they are reportedly still working out potential conflicts with Eastern Washington.