If you’re interested in college football only when it affects Big 12 members, this FanBuzz page is for you. Our writers deliver breaking news during the college football season and beyond. Stay up to date on commitment announcements, coaching changes, rankings, game scores and more Big 12 college football news and highlights here. 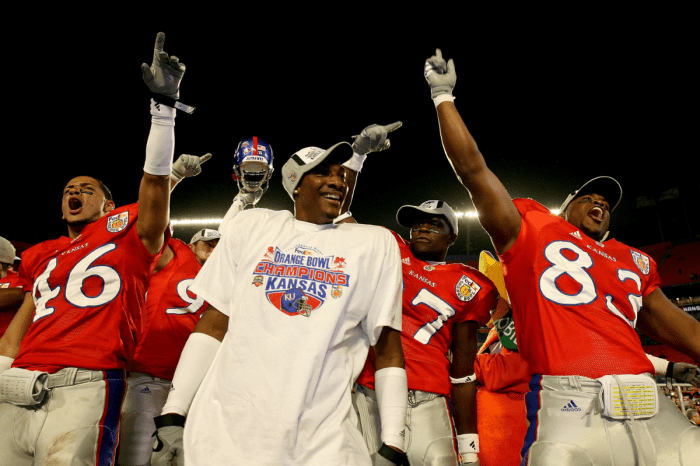 The year 2007 was the one you didn't want to be the No. 2 ranked team in college football. The… Normally this time of year Twitter Bombs are getting dropped about the impending NFL Draft, MLB Season or even the… 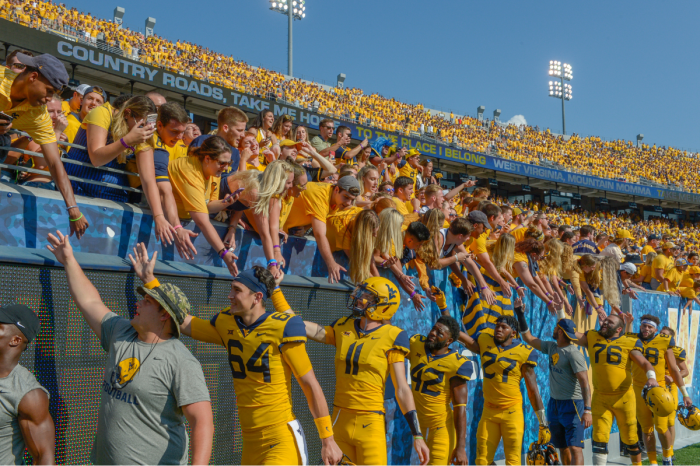 I'm jealous of West Virginia sports. They have Bob Huggins aka "Huggy Bear" and man did I love watching Pat… 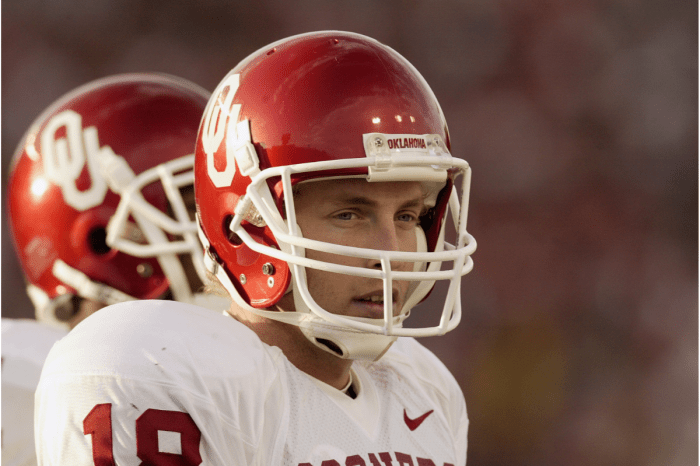 There are some guys who are seemingly in college forever. These guys have it all figured out. On the gridiron,… 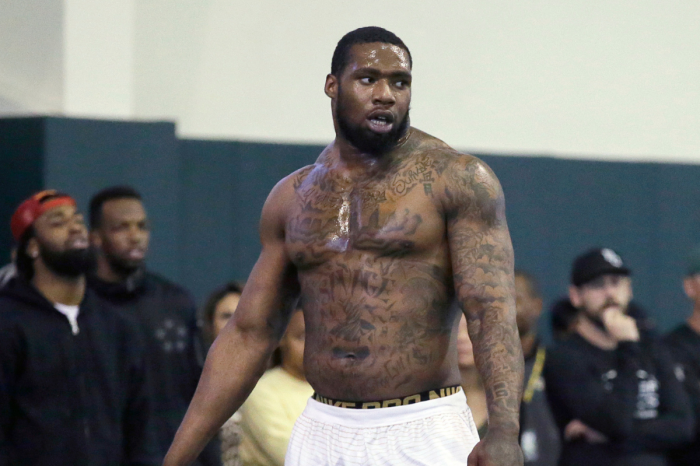 Baylor What Happened to Shawn Oakman and Where is He Now? Karl Rasmussen, The League 6:01pm, December 2

Former Baylor University defensive end Shawn Oakman was a highly-regarded NFL Draft prospect in 2016, however his NFL dreams were… For those that don't remember Brian Bosworth, he was the bad boy of college football in the 1980s. "The Boz"… For the second time in five years, the Kansas Jayhawks defeated the Texas Longhorns. Texas fans threw up reading that… 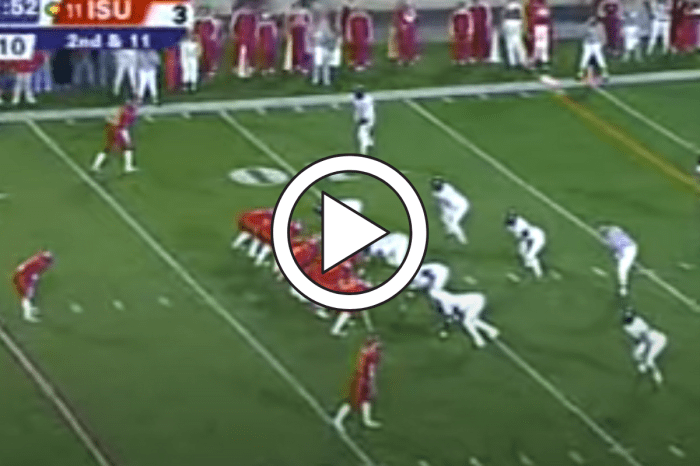 During his career with the Iowa State Cyclones, Seneca Wallace tortured defenses with his arm as well as his legs,… 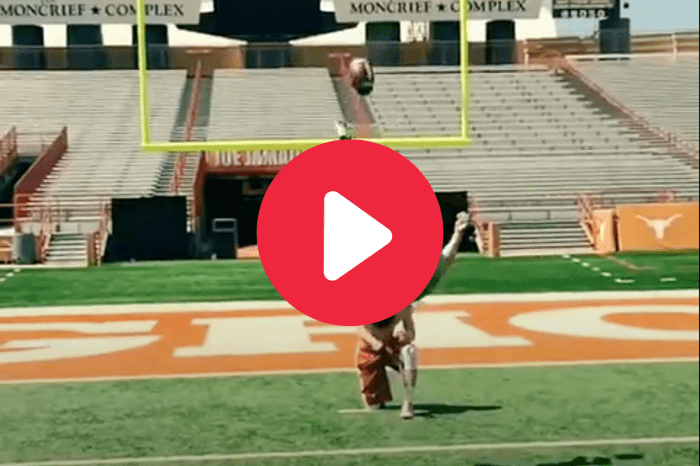 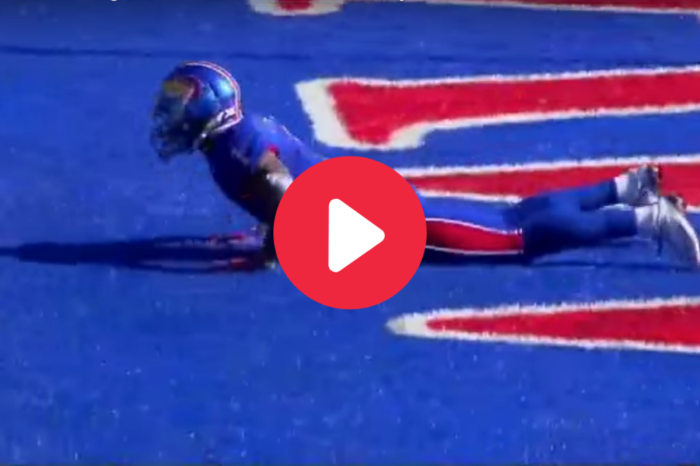 If there were a Trick Play Hall of Fame, Boise State's Statue of Liberty play to beat Oklahoma in the… 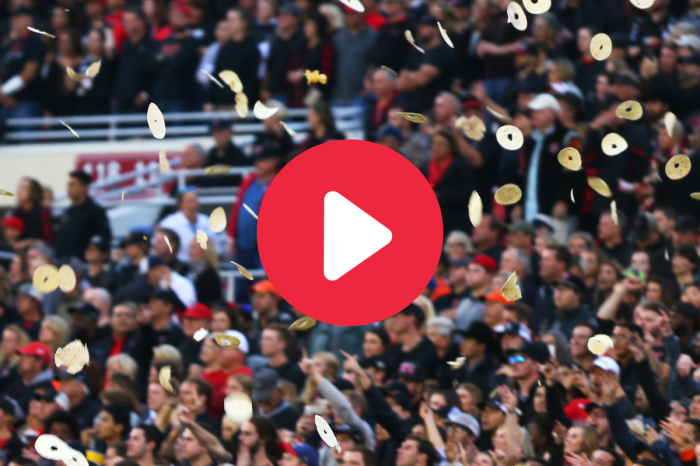 Grocery stores in Lubbock, Texas, know to stock up on tortillas before football season. Lines of college kids will clean… 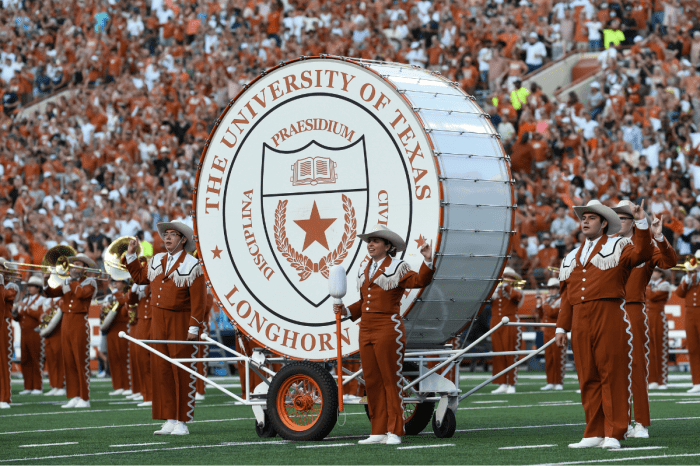 Big 12 The Texas Longhorn Band Has a Drum With a Radioactive Past Joe Grobeck, Staff Writer 2:17pm, September 22

Big. Loud. Orange. Radioactive. These four words could only be describing the University of Texas Longhorn Band's Big Bertha drum.… I was watching the Oklahoma and Nebraska game with my dad. Somehow, Nebraska was still in it late in the… 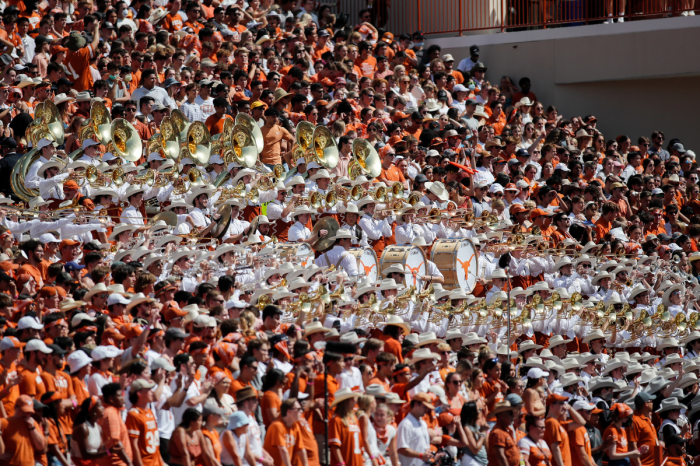 Not all traditions and chants are of the happy-go-lucky variety. Many of these storied practices were carved into our school's… 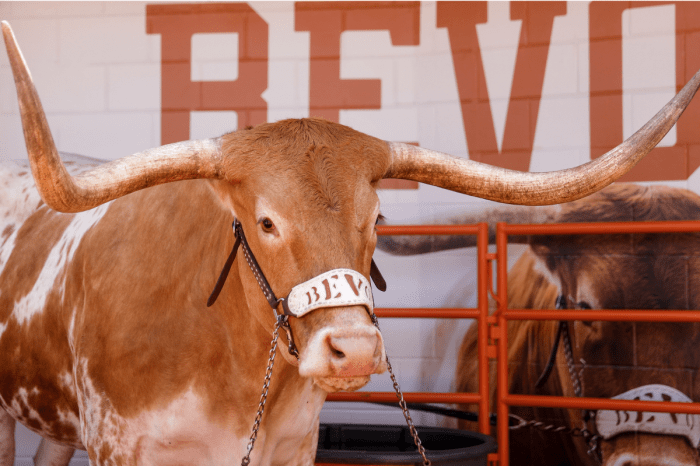 College football fans know the most recognizable team mascots in the sport. The best, in my opinion, are the live… Like many individuals before him, Vince Young was drafted to the NFL with the expectation that he'd flourish into a superstar.…