2016’s top recruit to make his decision on Monday 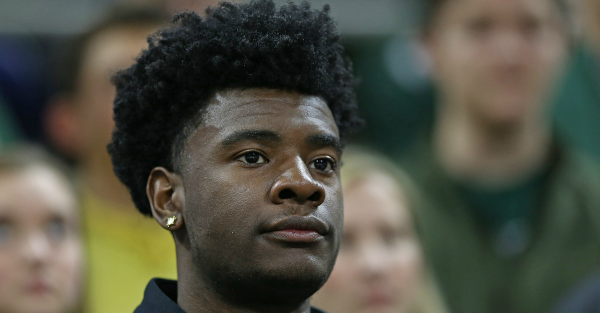 2016’s top shooting guard — as rated by ESPN — has narrowed his decision to three schools. He will be choosing between Kansas, Arizona and Michigan State. He was asked after the Nike Hoop Summit — the U.S. won 101-67 — when everyone might expect him to make his announcement for school. He said it’s coming pretty soon.

Josh Jackson will announce his college decision to family on Monday and then tweet out his decision afterwards.

Josh Jackson plans to announce between Arizona, Kansas or Michigan State on Twitter on Monday he told media at Nike Hoop Summit. No set time

Kansas could desperately use a great wing player after losing Brannen Greene and Wayne Selden to the NBA Draft. The Southfield, Michigan product would get the chance to start right away there and could even play well enough to get himself some 2017 draft consideration.