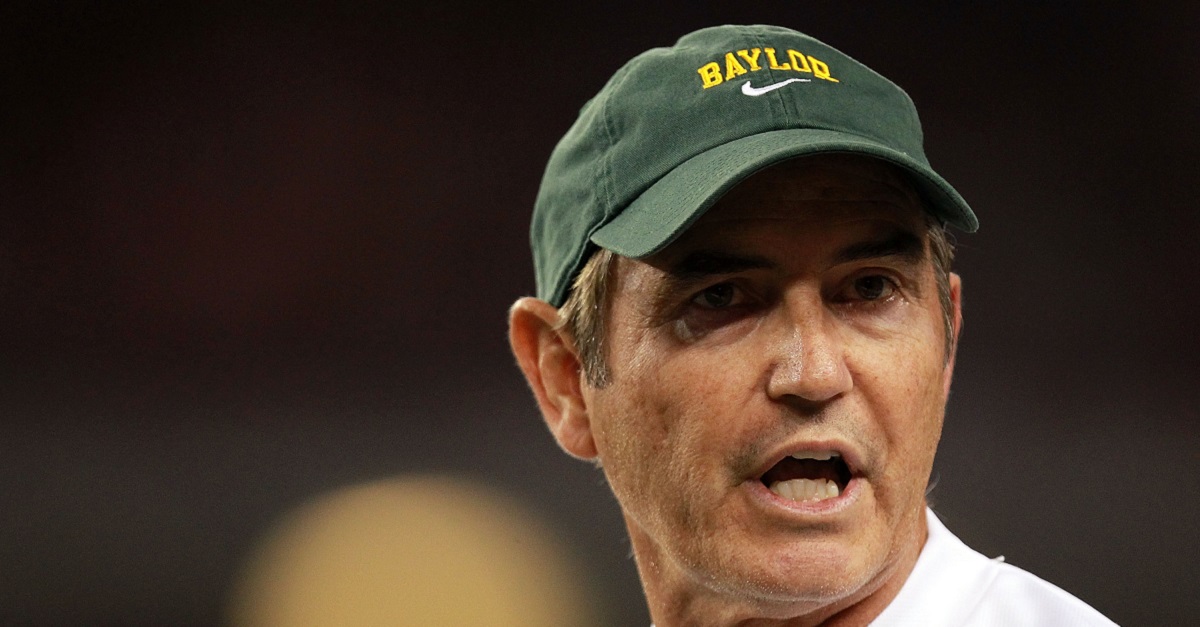 Art Briles is long gone from the Baylor program after several former members of the football team were accused of sexual assault. Briles was also accused of helping to sweep incidents like those under the rug and put the victims in even more uncomfortable circumstances because of his actions.

Briles and the school officially parted ways in June and it seems Briles is still confused as to why it all had to happen. Or at the very least, he’s still trying to figure a few things out. He was at Dallas Cowboys training camp and talked with ESPN’s Todd Archer about the incident.

Briles described himself as “dumbfounded” on Tuesday from his firing. ?I’m dumbfounded and trying to process everything as it goes, but it is what it is,? Briles said about the situation. ?Reality is reality and so what I’ve got to do is redefine myself and start a new chapter. And that’s what I’m doing.?

Baylor hired former Wake Forest head coach Jim Grobe to right the ship mostly off the field and lead the team with integrity and honor, something he is known for in coaching circles. However, much of Briles’ staff is still with Grobe so this season is likely to turn into an interesting one even if the Bears aren’t very good.

RELATED: Baylor finally does something right and it’s about time

Briles is convinced he will have a new coaching job by the end of the year though and anticipates some job to open up for him in November or December. ?I hope November, December, that’s the plan,” Briles said about a coaching return. ?Unfortunately some job will come open. I’ve never rooted against anybody or any team, but that’s the nature of the business, so we’ll see what happens then. But like I said it’s going to be a new journey and I’m excited to take it. I really am.?

He may not actively be rooting against anybody, but it sounds like he sure hopes someone fails so he can pick up the pieces. Baylor was 65-37 overall and 39-30 in the conference under Briles from 2008 to 2015. They were also 3-3 in bowl games and won the conference title back-to-back in 2013 and 2014.