OSU Football Fans Have a New Reason to Party This Season 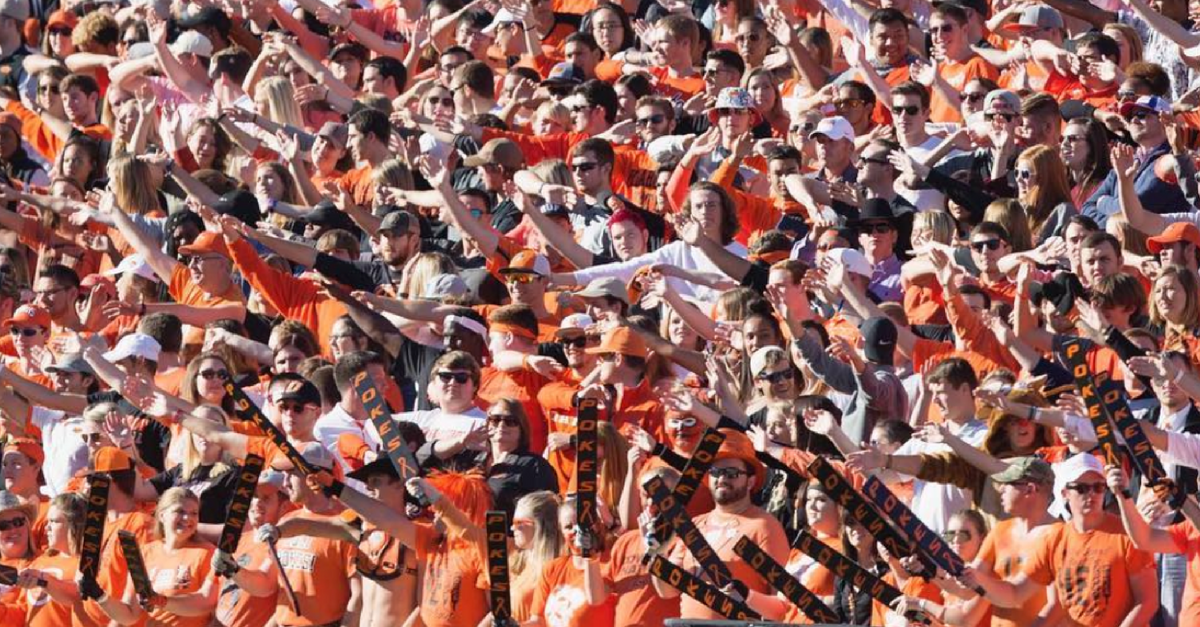 For those Oklahoma State fans worried the tailgating buzz will not last through an entire football game, the problem has been solved. The latest news will make Boone Pickens Stadium one massive party.

Starting this fall, Oklahoma State athletics has announced it will sell beer at all home football games, as well as every other venue the Cowboys play in, after a successful pilot program at baseball and softball games this past spring.

Let the party begin in Stillwater.

🎥 “We’re constantly talking about ways we can enhance the overall gameday experience for our fans.”

According to the official press release, beer will be sold at 22 locations next to concession stands at Boone Pickens Stadium and will join Texas and West Virginia as the only Big 12 schools serving alcohol at sporting events.

That’s not all, though. Far from it.

POSSE parking lots around the stadium will open at 8 a.m. on game days regardless of the kickoff time to make the tailgating scene as elite as possible.

Additionally, in a brilliant move, the school is also introducing a no re-entry policy, which is identical to other major college programs with alcohol sales.

“These changes will enhance game day safety,” OSU Chief of Police Leon Jones said. “Other schools that we have talked to have experienced a decrease in overall consumption and overuse of alcohol in and around their stadiums once they introduced sales in the venue, and we believe the same could happen at Boone Pickens Stadium.”

The Cowboys are also devoting more than $1.5 million to concession enhancements and the stadium is being outfitted with “cool zones” with fans, misters and free water stations.

Oh, and there’s also a new $5 million video board which is approximately 56 feet tall and 110 feet wide, which will be the eighth largest at a college football-only stadium in the country.

So if you thought the Oklahoma State fan experience needed a boost, it certainly got one, and now the Paddle People will need to make sure not to spill their drinks.