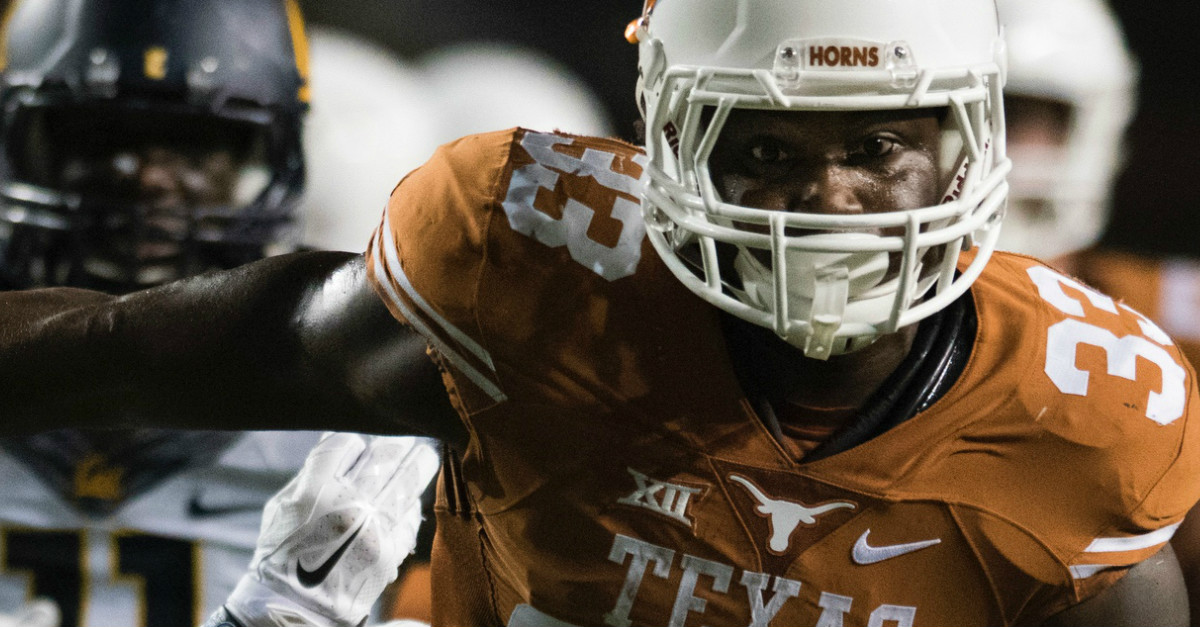 D'Onta Foreman #33 of the Texas Longhorns breaks a tackle against the California Golden Bears during the fourth quarter on September 19, 2015 at Darrell K Royal-Texas Memorial Stadium in Austin, Texas. (Photo by Cooper Neill/Getty Images)

The Big 12 may consider applying to incoming freshmen a rule that would ban schools from taking players that have engaged in violent and sexual misconduct, league commissioner Bob Bowlsby said this week, according to CBS Sports.

The conference is already well down the road to adopting said rule for transfer players, one similar to what the SEC enacted earlier this year. That rule does not allow schools to take transfers who have engaged in serious misconduct. The SEC defines serious misconduct to mean sexual assault domestic violence or other forms of sexual violence, according to the network.

CBS Sports is reporting the Big 12 is still in the process of developing its definition of misconduct.

However, commissioner Bob Bowlsby said at the conclusion of Big 12 athletic director meetings this week that the league may have to consider adding incoming high school recruits to that list.

OK college football fans, is this a good idea? Should other conferences follow the lead of the Big XII?