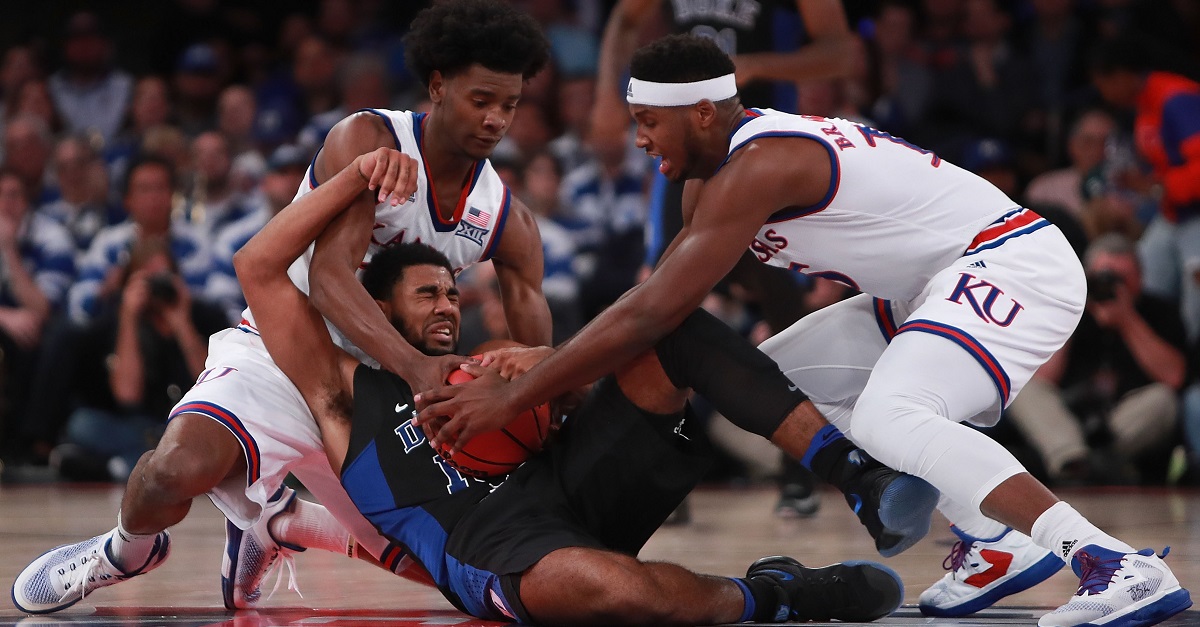 Michael Reaves/Getty Images
NEW YORK, NY - NOVEMBER 15: Josh Jackson #11 and Carlton Bragg Jr. #15 of the Kansas Jayhawks fight for a loose ball with Matt Jones #13 of the Duke Blue Devils in the second half during the State Farm Champions Classic at Madison Square Garden on November 15, 2016 in New York City. (Photo by Michael Reaves/Getty Images)

Kansas has lost power forward Carlton Bragg to transfer and he originally had five destinations of where he might end up, but it looks like that list is getting cut.

The 6’9″ former five-star recruit now has Arizona State, Cincinnati and Illinois left on his list. The Illini just landed a huge recruit in four-star guard Mark Smith on Wednesday and that could potentially help them land Bragg since he will likely have a good guard to feed him the ball when he becomes eligible for the 2018-19 season.

Bragg averaged 4.4 points, 3.2 rebounds and 0.3 blocks per game in his two seasons at Kansas after the Jayhawks won his services in a huge recruiting battle in the summer of 2015.