Former SEC starter reveals which stadium he was most intimidated by 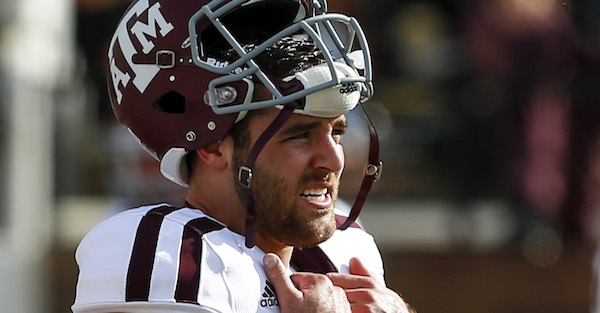 Former Oklahoma Sooner and Texas A&M Aggie Trevor Knight’s long collegiate career has finally come to an end, but he hasn’t moved on to the NFL just yet.

On Tuesday, Knight made an appearance on The Cole Cubelic Show and was asked places he’s played over the course of his career. Having played for both Oklahoma and Texas A&M, Knight has played in more tough places to play than a lot of players have the opportunity to play in.

Here’s what Knight said via Saturday Down South:

"My favorite place to play this year was at Auburn….the loudest & most intimidating ever was Tennessee"

Neyland Stadium is gigantic, so it’s not the biggest surprise that this was such an intimidating place for Knight. That’s probably the case for most opposing quarterbacks who come to Knoxville.

Knight threw 19 touchdowns to just seven interceptions for the Aggies in 2016-17.