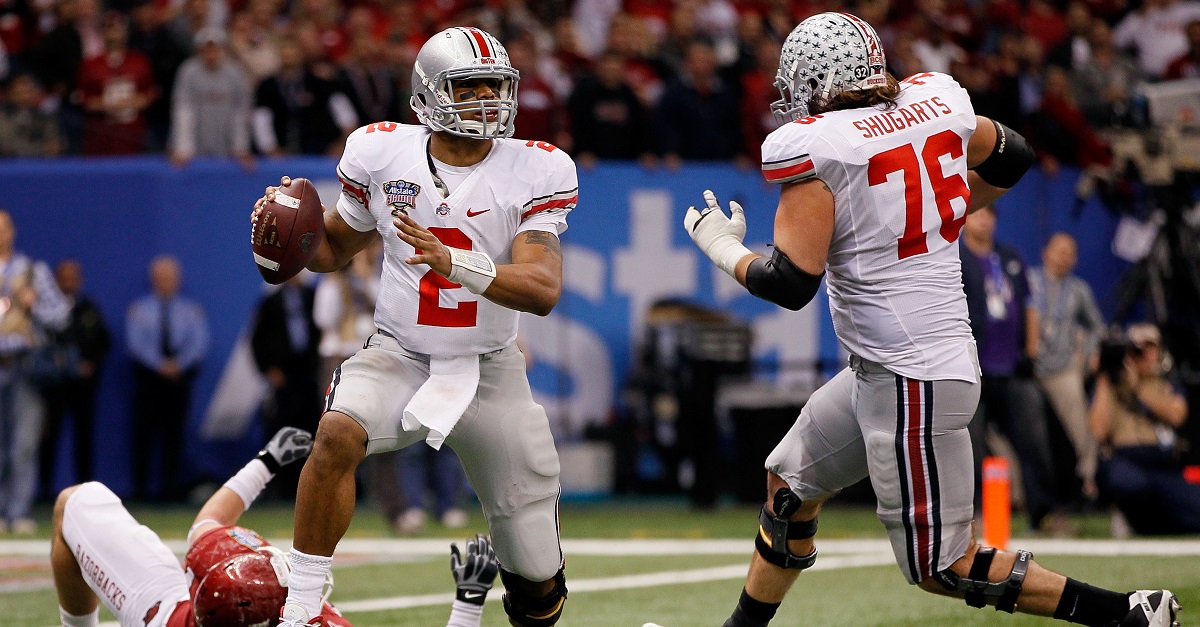 More and more college football prospects are making themselves more versatile these days like Michigan’s Jabrill Peppers who played all over the field in college. He worked out with the linebackers, but says he will play safety at the next level. Terrelle Pryor had to undergo a similar change when he got to the pros and has transitioned from playing quarterback to wide receiver.

Pryor went for over 1,000 receiving yards this season and had four receiving touchdowns. It looks like another quarterback could be making a transition this season according to FOX Sports’ Bruce Feldman:

While Knight has no collegiate experience at either of those positions, he could very well be athletic enough to play either one. A move to receiver might be in his future as he is familiar with running the ball having accrued almost 1,500 rushing yards and 18 touchdowns on the ground.