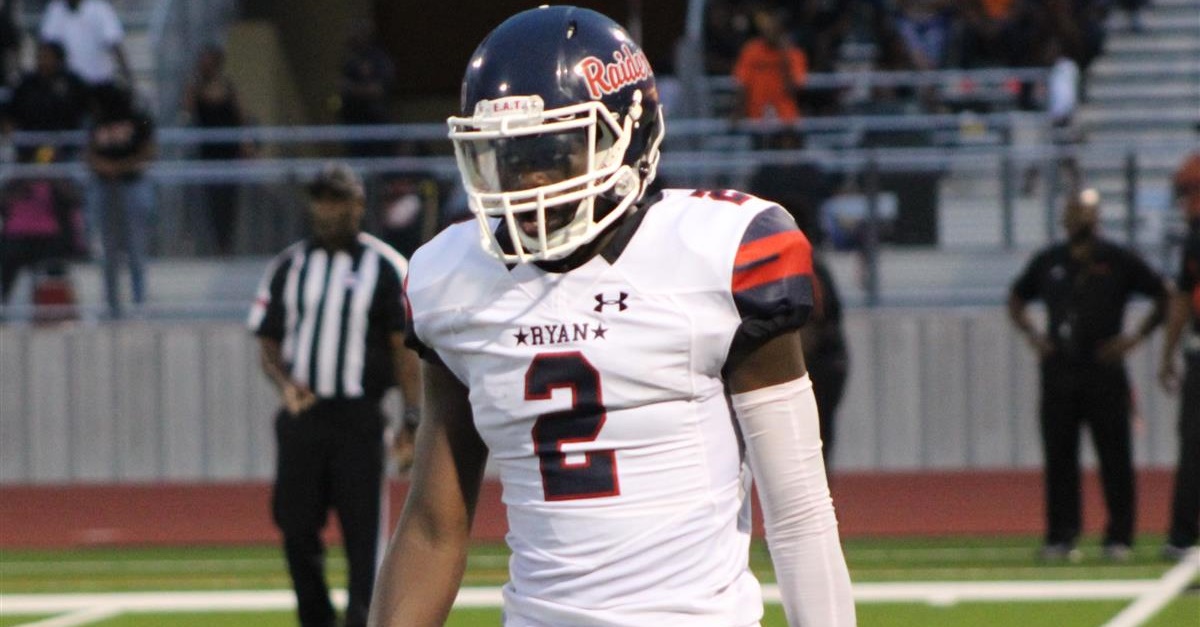 There goes another blue-chip recruit off the 2018 recruiting board, but this one could get interesting in the future.

Blessed and honored to say that I have verbally committed to Texas tech university pic.twitter.com/n5OJKCWeo5

Why could this get interesting in the future? Well, Texas Tech is the only major program to have offered Douglas so far, even with his rating as a four-star. If he continues to play well, you figure that more major offers will eventually roll in.

Would he give up his first commitment if he gets an offer he can’t refuse? Rivals.com says that Oklahoma and Alabama have “expressed interest”, but neither sent out an offer yet. If that changes in the future, then Douglas’ recruitment could get very interesting.